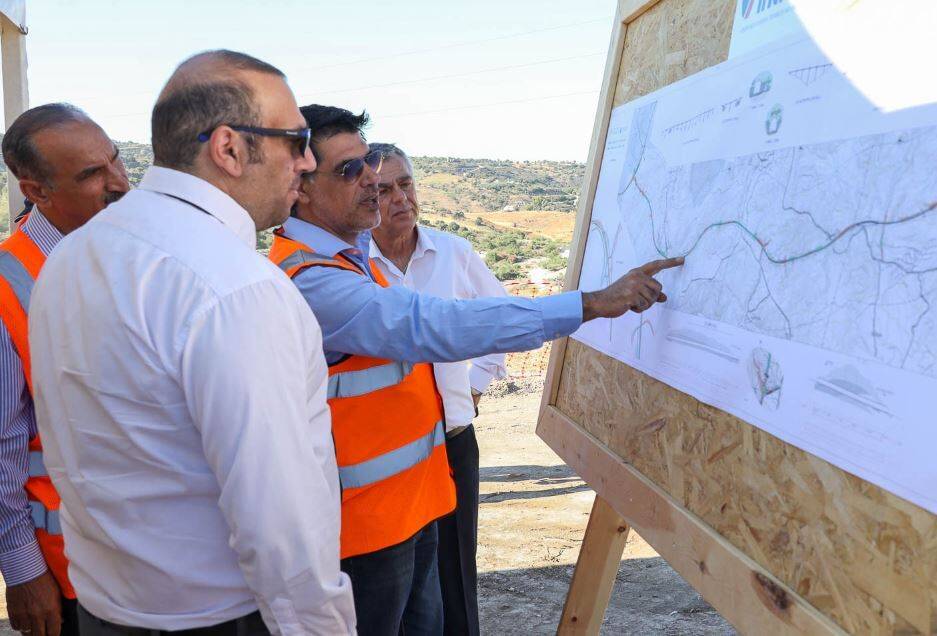 July 1, 2022, according to the Minister of Transport, was a historic day for Cyprus, on this day started the construction of the Paphos-Polis highway, which was planned many years ago. The highway was first talked about in the 80s, but the construction has only just begun. Presidential candidate and leader of the party in power, Averof Neofitou, noted that if construction had begun 20 years ago, it would have been possible to save a lot on it, but now the preliminary cost of the project is 140.345 million euros, which is probably not enough to build all the planned elements of the automobile route.

Immediately before the start of works, a symbolic opening ceremony was held in the area of ​​the settlements of Marafunda and Tsada. According to the project documentation, the first half of the road will be laid from Ayia Marinouda at the exit from the Limassol-Paphos highway. The route will run through Marafunda, Tsada, Arma, Kallepija, Stroumbi, Kili. The route of the second half of the road is not yet officially announced, but its total length is known - 31 km.

The head of the Ministry of Transport, Yiannis Karousos, after familiarizing himself with the highway construction plan, noted that the implementation of the project would positively affect the development of Cyprus. In particular, the new road will help make Polis more attractive in terms of tourism and investment, as well as improve the quality of infrastructure and life in general in the region. It is expected that after the completion of the construction, scheduled for 3-4 years, the real estate of Cyprus in the region will rise in price, and foreign tourists will more often visit the northwestern part of the island, which is relatively inconvenient for visiting.

The highway is designed in such a way that it is not necessary to visit Paphos proper to travel to Polis from Nicosia, Larnaca or Limassol. To enter the new road, it will be enough to take it from the existing highway in the area of the settlement of Ayia Marinuda. In fact, the highway will be made in the form of a two-lane motorway with a speed limit of 100 km/h. Tunnels, overpasses, viaducts and several underground pedestrian crossings are planned along the route.

The project, which in 2022 the leader of the state recognized as a priority, has been criticized more than once. So, in 2017, the general auditor Odysseas Michaelides called the track a waste of money. Nevertheless, after the current development plan of the Republic of Cyprus, improving the quality of the automotive infrastructure, according to experts, is one of the most effective steps towards improving economic well-being and attracting foreign investment.