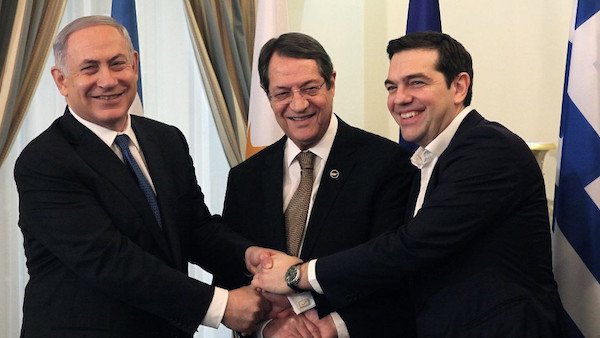 The tripartite meeting of the leaders of Greece, Israel and Cyprus will be held on June 15 in Thessaloniki, announced Greek Prime Minister Alexis Tsipras to his associates at the prime minister’s office in Thessaloniki on Wednesday. The former tripartite meeting with the participation of Alexis Tsipras, Nicos Anastasiades and Benjamin Netanyahu was held in Jerusalem.