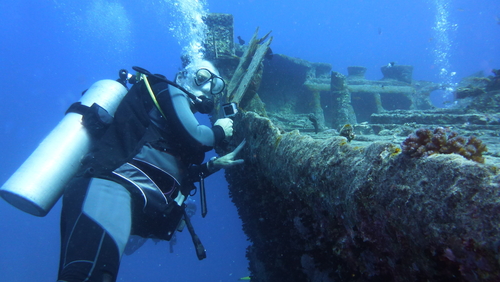 Cyprus is the best place to search for ancient artifacts that have been stored for thousands of years not only on the island itself but also in the surrounding waters. More recently, the island was found another find. Near the resort of Protaras, archaeologists have discovered an ancient ship that belonged to mariners from ancient Rome.

What is known about the finding

The local department of antiquities was informed that amphoras were found on board. Taking into account the kind of cargo the ship was carrying, the scientists came to the conclusion that it was heading from Kiliya or from Syria. Unfortunately, due to bad weather, underwater rocks or a riot on a ship, it crashed.

This vessel is the first ship found since the Roman Empire, which is perfectly preserved to this day. Now scientists and historians examine and study the vessel in detail. They hope to understand how Rome was trading in those days. It is possible that the ship was heading from the Roman province, located in the eastern Mediterranean.

Previously, underwater archaeological research was only partially funded by the government. The study of the ancient Roman ship – this is the first time that the project is in full balance.

For the Cyprus archaeological industry, this ship is of great importance. An ancient Roman era sailboat was discovered by amateur divers, who, along with a research team from the archaeological research laboratory at the University of Cyprus, studied the bottom.

Currently, a detailed study and documentation of the findings. All artifacts that will be discovered on the ship, will go to research institutes and funds of the Cyprus Archaeological Museum. Perhaps over time, new exhibits will appear in the museum's halls – amphorae from the board of an ancient Roman ship or its fragments.

Interesting findings on the seabed

This vessel with amphorae is not the only interesting finding of underwater archeologists. Recently, a group of Greek scientists found ships with amphoras, which allegedly had olive oil. An ancient artifact was discovered off the coast of Fourni Island in the Aegean Sea. The researchers concluded that the wreckage belonged not to one, but to five sunken ships at once. Around the place of discovery, underwater archaeologists collect the remains of thousands of amphorae, which for several thousand years.