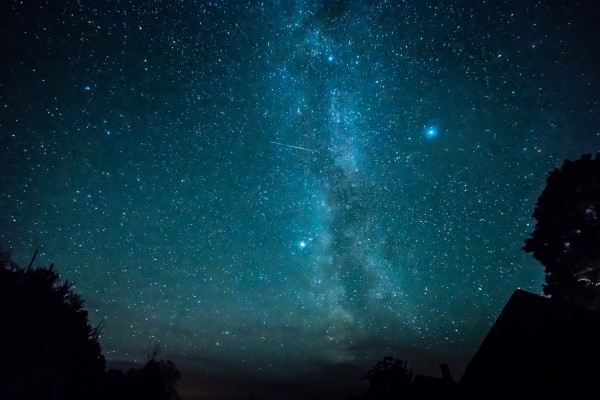 Fans of meteor events from around the world come to Cyprus to see an amazing sight – the brightest starfall of 2019. Only days are left before him. The Perseid meteor shower from the constellation Perseus will be grandiose – astronomers expect the fall of at least a hundred stars every hour. In the Troodos Botanical Garden, you will be able to attend an event dedicated to the stellar event organized by the Cyprus Astronomical Organization.

Star rain is observed annually when our planet passes through the dusty trail of Comet Swift-Tuttle. She flew past Earth 57 years ago. But still in space has left its mark. The period of revolution of the comet is 135 years. Her next "visit" near our planet will take place in 2126 at a distance of 23 million kilometers.

Comet Swift-Tuttle has a huge size and mass. The diameter of its core exceeds 26,000 meters. Therefore, it leaves such a rich train that does not disappear even after half a century.

Each time, a comet will fly at a closer distance from the surface of the Earth. According to astronomers, in 4479, only 4.5 million kilometers will separate our planet from a celestial body.

How and when to watch the starfall

The phenomenon will take place on the night of August 12. At this time, the moon will be almost full, so small stars with a faint glow will not be visible. But the bright Perseids will be visible clearly. Snow-white flashes of meteors are expected in the northern part of the sky.

Astronomers recommend starting observing the starfall before midnight – preferably at 23:00 Cyprus time. The maximum starfall is expected by 5:00 in the morning.

For better visibility, it is worth leaving away from the city – in a dark sky, the starfall is visibly brighter. And to observe it, optical devices will not be needed at all.

Features of the meteor shower in 2019

Astronomers warn that with the Perseids in the sky Capricornids from the constellation Capricorn will also be visible. They can be easily distinguished from each other. Perseids have a snow-white glow, and Capricornids have a yellowish glow. Sometimes even with a distinct orange tint. Meteors will approach the planet at a speed of 210 thousand kilometers per hour and light up 70 kilometers from its surface.