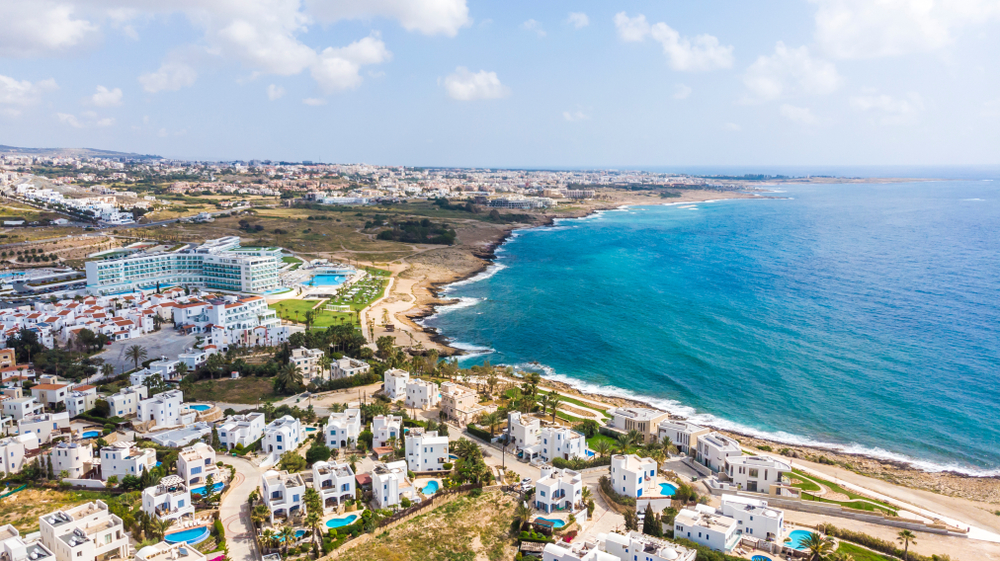 According to the mayor of the city, Fedonas Fedonos, the improvement of historical squares and neighborhoods will improve the quality of life of the local population and will attract more tourists. The head of Paphos called on citizens to support the initiative.

According to the preliminary plan, upon completion of the Anavargos quarter, it will receive a direct road to the city center, which will allow residents to reduce travel time. The quarter will be connected with the archaeological site, the Psarochori quarter, the columns of the Apostle Paul and other important archaeological sites. But this is not all the transformations that are waiting for citizens and tourists.

In 2021, it is planned to open the local Disneyland – Mythos Park. It will be built in the village of Neo Chorio in the northwest of the island. 4.5 hectares of land are reserved for the theme park. € 12 million has already been allocated for its construction.

What is known about the project

The construction of the Cyprus Disneyland will be completed within two years. According to the initiators, the theme park will become a magnet for tourists. But, most likely, the local population too.

Local investors and businessmen from Hong Kong finance the construction. Goldsky S.H Ltd has already received a building permit, so preparations are underway for the start of work at the facility. The new amusement park will be dedicated to Greek mythology – all zones and attractions will be connected with the theme of myths. Hence the name of the park.

Visitors will have an interesting time getting acquainted with the culture and history of the country. On an electric boat, they will travel along an artificial lake with waterfalls along several routes. One of them will be devoted to the swimming of the Odyssey, and the second – to the journey of the Argonauts beyond the Golden Fleece.

Visitors to the park will study the history of Cyprus in a 7D cinema. Theatrical performances based on antique works will show the capacity of up to 8,000 people in the amphitheater. For stylized holidays –birthdays, anniversaries, corporate events and other celebrations – a banquet hall will be built. Who will refuse to try on the costume of a god or a great hero? Even children's parties will not get around the theme of myths. And for the convenience of visitors, the park will have its parking.

Of course, investors will not reveal all the intricacies of the project. Therefore, you need to plan a trip to Cyprus in a year, so that a trip to Mythos becomes one of the most striking family vacations.