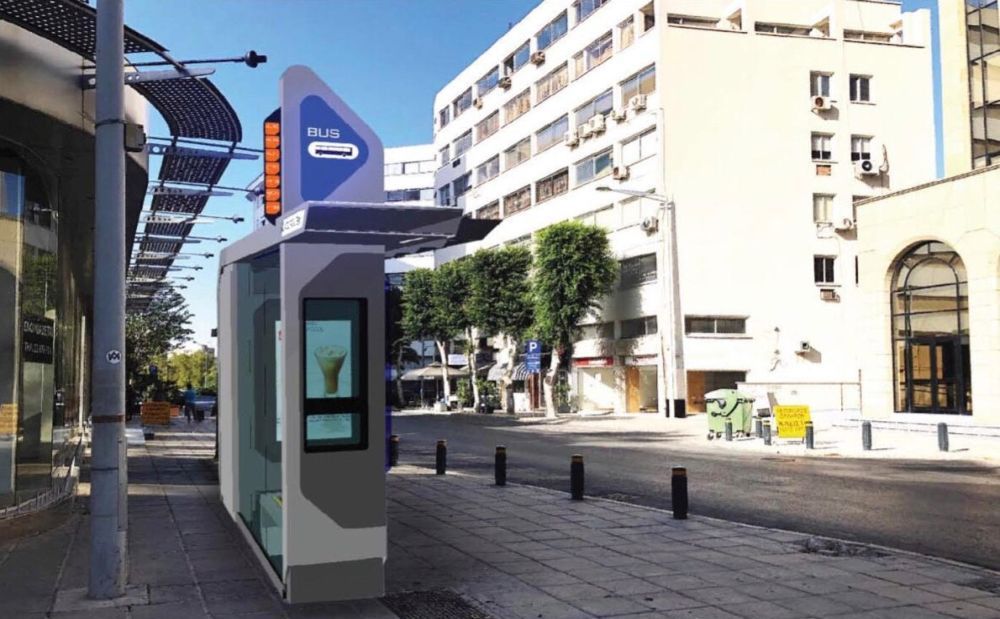 The Republic of Cyprus is working on improving infrastructure to attract more tourists. For example, the Ministry of Transport is currently working on updating bus stops to make them not only attractive and convenient for those who use public transport.

In this regard, before the end of this year, it is planned to hold a competition among manufacturers of urban infrastructure. The best of them will take under their leadership the process of manufacturing and installation of shopping complexes.

Cypriot Nicholas Dimadi worked on the design of new stops. In his opinion, they should combine ergonomics and manufacturability with an attractive appearance. And all stopping complexes need to be made out in a uniform style. Besides, they must be made of environmentally friendly materials so as not to harm the environment and be energy autonomous.

For the convenience of passengers, it is planned to equip the stop complexes with an electronic scoreboard, which would reflect the urban transport schedule, as well as the time until the next bus arrives. Besides, speakers will also be installed through which the information displayed on the scoreboard will be announced.

All stops will have different sizes depending on the installation location. For example, if there is enough free space, and the area is busy, for example, the city center, where many people use public transport every day, then the stop complex will be large to accommodate as many passengers as possible. In remote and sleeping areas, where usually there are few people at stops, small complexes will be installed.

In total, three-dimensional models are provided. If there is minimal free space, they will install a simple rack without seats, equipped with a placard. The largest stops will be equipped with seats. So far, € 3 million has been allocated for the construction and installation of complexes. With these funds, it is planned to install 500 stop complexes.

First of all, the infrastructure will be modernized in areas where most people use buses to move around the city. After this, the reorganization awaits less busy areas.

The Minister of Transport of Cyprus believes that it will be possible to popularize public transport among residents and visitors. If people are comfortable and convenient, then they will start to ride buses more often, rather than cars, which will also have a positive impact on the environment.

There are 5150 bus stops in Cyprus, of which 1,500 are urban. The government has allocated a subsidy for the modernization of stopping facilities in rural areas. In addition to stops, it is also planned to modernize public transport – in Paphos in 2020, an electric microbus from the port of Kato Paphos to the center will begin to go.