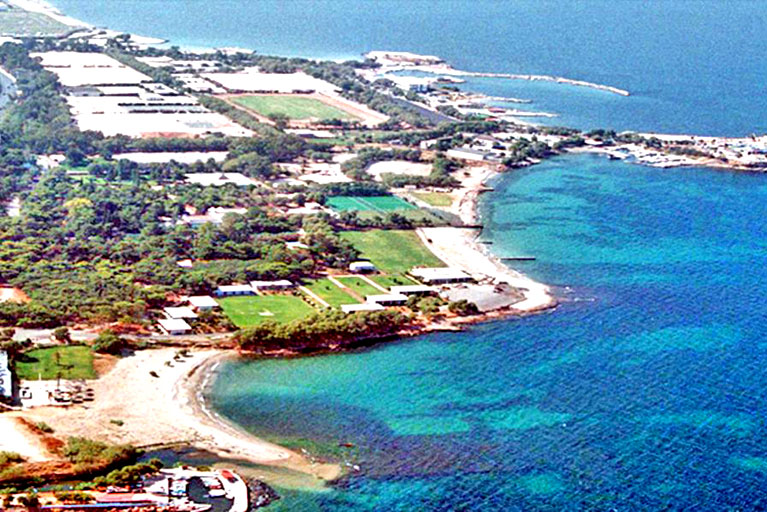 The green light for the construction of the hotel unit by the holding company G. Papafeocharis with the participation of the company Nafsika on the Beach Asteria of Glyfada «lit up» by an urban planning office of the municipality of Glyfada, by the giving a permission for the construction works. A new tourist offer includes the construction of the 5-star hotel with everything needed: from the spa to the exhibition hall. All this will be done by the modernization and transformation of existing tourist complex on the beach Asteria in Glyfada to the tourist complex with capacity of 400 beds.

Also it is provided an establishment of tourist furnished apartments, a conference center accommodating up to 600 people, rejuvenation and beauty center, sports fields, bike paths and other facilities. The investment will be carried out on the territory of about 280 stremm in the front of the beach about 600 meters.

The beach area Asteria of ​​Glyfada is owned by the Greek state and is reserved for use by the National Bank. The Bank signed the lease agreement with the company ​​"Nafsika" of the holding «Papafeocharis», which will implement the investment program of 50 million euro. It is noted that the Regional Council of Attica last year admitted the conclusion on the effects on the environment for the project. For those who remember history of Asteria during the last two decades, the corresponding proposal, code-named Estrella, was done in the golden age of the stock exchange in 1999 by the once powerful holding A. Allamanis A. The investment project, among others, included the construction of a shopping center, water park, restaurants, sports halls, medical facilities, but it was never carried out, stuck because of forest and archaeological problems, and in 00’ holding Allamanis was bankrupted.

It is noteworthy that by chance in 1998 in the framework of the planned repair works the archaeological excavations were discovered, in particular, the cemetery of the 3rd BC and workshops of the same period for the processing of ore in the tourist site «Asteras».

Fifteen and more years after, a new proposal of the holding Papafeocharis saw the light, including the construction of a 5-star hotel with 400 beds, suites and furnished villas, spa, sports facilities, swimming pools, playgrounds, restaurants and entertainment venues, as well as the transformation of the existing entertainment center «Asteria» to the restaurants, multi-purpose hall and exhibition center. The program consists of individual projects and the necessary infrastructure, such as hotel complex, tourist furnished apartments, restaurants, internal roads, water supply and sewerage network, electrical network, sports facilities, etc. with the aim, as it is mentioned, to «ensure a high level of hospitality services». After all the planned works on reconstruction and modernization it is expected a high level of tourists to be attracted, improving tourism infrastructure in the area and the modernization and strengthening of technical and social infrastructure.