Real estate in Thessaloniki. Sale and rent of houses, apartments, villas and cottages.

Thessaloniki, the largest city of Macedonia, is often referred to as the northern capital of Greece. An old legend says that it was founded by Kassander, a Macedonian Tzar, and it was named after his wife Thessaloniki. In those ancient days he couldn’t imagine the city would become this popular and that it would acquire its highly developed infrastructure.

Buying real etate in Thessaloniki, whether it be a country home or a townhouse or else, an apartment in the heart of the city, is an excellent choice for capital investment. You may want to use your property as your second or vacation home or you may want to settle down there. Another option is rent it out: Greece, the land famous for its warm seas and mild climate, is much loved by foreign tourists who would pay you a good rent.

One should also mention that locals are always very friendly to their new neighbors. Greek tolerance, cordiality and their friendly attitude are inborn – this nation had to learn to survive and to share their land with all kinds of neighbors. As for now, the easy comfort of Thessaloniki makes it an ideal place for living.

Thessaloniki is famous for its sea port which ranks the second (by its freight turnover) after Athens and plays a vital role in Greek economy. Sea transfers exist and thrive since ancient times: there’s a regular ferry service which connects the city to numerous Greek islands and to foreign lands.

City buildings adjoin each other like cascades, and it makes its streets a pretty walk. To make the city transport infrastructure even more comfortable, local authorities decided to construct a metro here. They are planning to commence its construction in 2017. 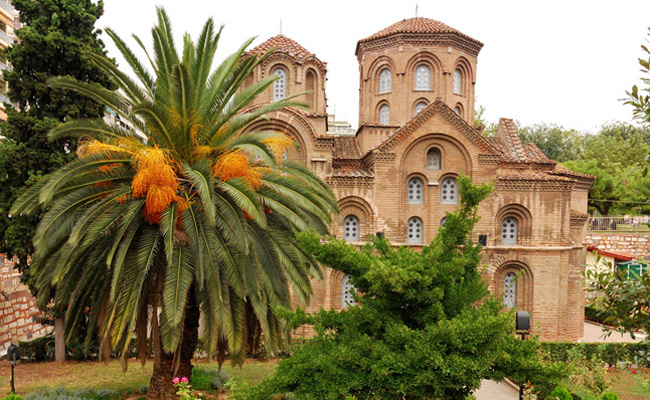 For those who love travelling – or who travels a lot on business – Thessaloniki is a good choice too. Regular flights connect its Macedonia airport to most countries of the world.

Greece's northern capital is its second largest city as well and an important business and industrial centre. Here you can find numerous pharmaceutical, tobacco and food factories.

But another important feature which can make you vote for real estate purchase in Thessaloniki is its rich historical heritage and its modern cultural life. The city is rich in various monuments and historical buildings which date back to early Christian and Byzantine times. UNESCO declared some of the city buildings World Heritage Sites. These are Dimitry of Solun Church, Galeria Triumphal Arch, City Rotunda, St. Sophia and St. Apostles’ Churches, Akhiropiitos Basilica, St. Pantheleimon Church, Latomu Monastery and some others. But its architectural dominant and the symbol of Thessaloniki is its famous White Tower.

All kinds of festivals, contests, concerts and other events which are held here make the cultural life of the city people and its visitors even more exciting. The first International Cinema Festival was held here in 1960, and another one – of documentaries – was held in Thessaloniki in 1999. Shopping addicts will also love it here: the city is home to an international trade fare which is held annually. That’s another weighty argument in favor of buying property in Thessaloniki.

Focused on youth events organization, Thessaloniki was declared the Europe’s Youth Capital 2014.  There are lots of students here and the city is much loved by young people. It is also famous for its active night life. Here’s a list of some clubs which are happy to see any guest regardless of their age: ClubVogue, ClubHouse, LimaniRock&Roll, MatterClub, Minibar.

All these features make your life in Thessaloniki very comfortable and the city, very attractive. It also means that the price of Thessaloniki property and its commercial value will never drop down.

Here are a few reasons which will help you make a choice in favor of Thessaloniki:

Buying property in Thessaloniki suburbs such as Perea village is a good way of your capital investment as well. The village lies on the Aegean Sea coast, it has a highly developed infrastructure, but the property here is much cheaper than in the city itself. Lots of new buildings are being constructed here, both townhouses and apartment houses (not a single building taller than 5 floors), and they all have a magnificent sea view.

Nea Epivates village is located next to Perea villages. Even locals find it difficult to tell where one village ends up and the other one starts. Nea Epivates coastline is a natural continuation of Perea coastline, and both villages boast of numerous seafront cafes, bars, restaurants and tavern you will definitely enjoy. Its excellent beaches, trendy shops and a great choice of reasonably priced property make Nea Epivates a very inviting spot.

Agea Triada village lies next to Perea and Nea Epivates. It’s a small tourist spot with good tourist infrastructure. Its coastline is quite pretty, and its property prices are even lower than in Nea Epivates, because it is located further from Thessaloniki than the previous two villages. But since a speedway connects the village to Thessaloniki airport and to the city itself, you will not even feel this distance.

Mikhanyona is an exquisite and prestigious sea coast village, and its property is an ideal choice. It’s quite large in size and it rather resembles a small town with its shops, cafes, hospitals, and of course its magnificent sea front is its best decoration.

If you dream of a house on Khalkidhiki peninsula but at the same time, you would like it to be located closer to Thessaloniki, Irakliya might be exactly what you want. Lots of Greeks buy property here to spend more time by the sea in summer time. It’s a pretty place with good tourist infrastructure, its psarotaverns (much loved by Greek celebrities) are probably the best in all the suburbs, its sea is crystal clear and its property prices are very attractive. The only thing you should bear in mind is that Irakliya as different to Perea, Nea Epivates and other villages, is a typical sea resort. It means that in winter you will have to enjoy its solitude, peace and tranquility – but isn’t it exactly what we miss when we live in a loud and crowded big city. 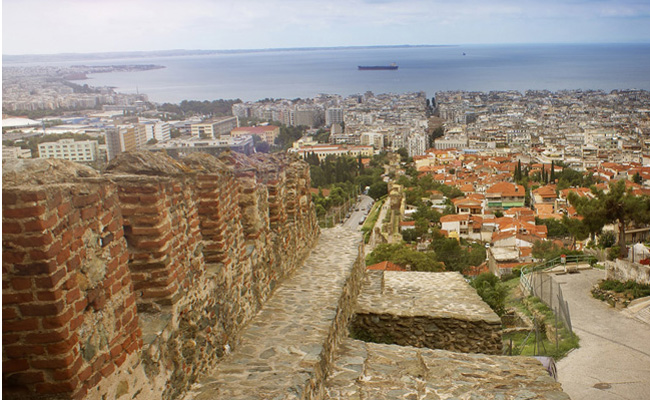 Grekodom Development competent staff will assist you in choosing your dream property in Thessaloniki, its suburbs or any other part of Greece, and they will also help you deal with all the legal formalities.