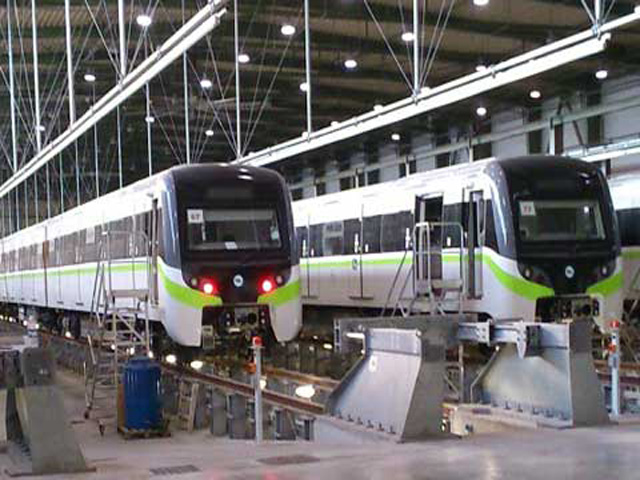 New trains that promise be smarter and safer than previous ones are to roll out on the Athens metro over the next few days.

STASY, the company that manages fixed-track forms of public transport in Athens, received the trains on Thursday from Attiko Metro after they underwent a series of safety tests over the last few months. This is the third generation of trains that will be used on the Athens metro since it opened in 2000.

The South Korean-manufactured trains were bought at a cost of 155 million euros to cope with the increase in the number of passengers following the Aghios Dimitrios to Elliniko extension, which was opened in July 2013, and for when the upcoming ones toward Haidari, Peristeri and Piraeus are completed. The latter is not due until 2017, when six new stations will open.

The Hyundai Rotem-Hanwha trains have a smart start and stop system that is designed to save energy. They also have LCD screens and electronic maps showing all the metro stations in each wagon. There are extra security features on the trains, such as an improved smoke detection system and CCTV cameras that will allow drivers to observe passengers getting on and off the trains.

Crucially for commuters traveling to work during the summer months, as well as tourists visiting the Greek capital, the new trains will have a stronger climate control system than the second generation of trains. They also promise easier access for disabled passengers