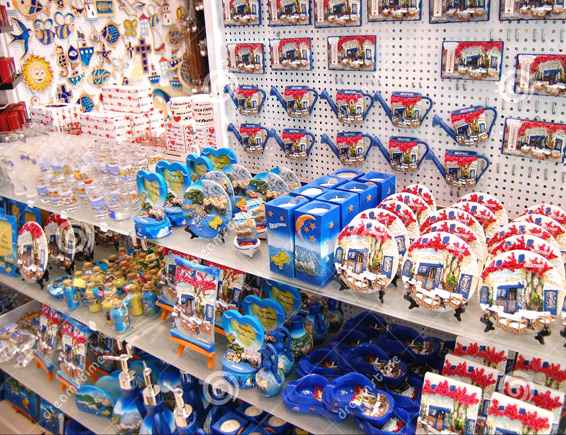 The summer has come and tourists flock en masse to Athens to become better acquainted with Greek tradition and also to bring something home that will remind them of their trip to Greece. But what kind of souvenirs do tourists prefer?

Research by the Greek newspaper “To Vima,” showed that apart from the traditional tourist shops that are all over the picturesque Plaka, selling tsarouhia (traditional shoes of Evzones), shirts and key chains that read “I LOVE GREECE,” there are also shops with traditional weavings, which however, are more expensive.

What is surprising is that many tourists still buy the dolls “Phoebus” and “Athena” and the mascots of the Athens 2004 Olympic Games.

According to the owners of tourist shops, tourists prefer the busts of ancient Greek philosophers, metal replicas of ancient Greek gods, olive wreaths, while armors and helmets have become very popular after the release of the movie “300.”

Tourists reveal that what matters is the quality-price ratio. It is also important to find something beautiful that will remind them of their visit to Greece.

Last year, curator Anna Polydorou organized for the first time the exhibition “It’s all, oh so souvenir to me” which was attended by Greek architects, fashion designers, photographers and product designers. The exhibition brought a new air in the field of souvenirs.