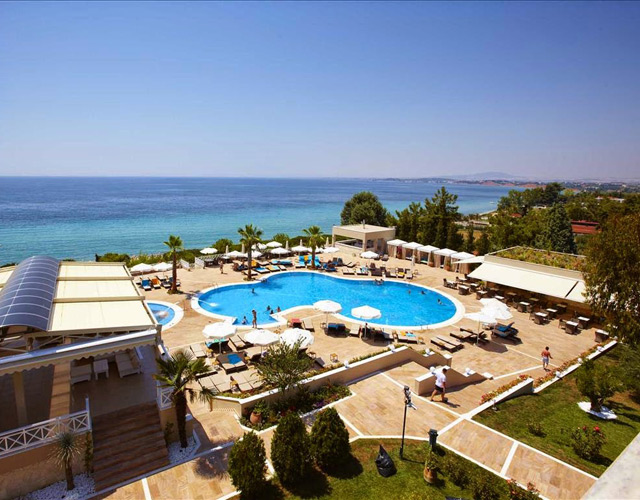 Investment of 350 million euros, which will be implemented over the next five years in one of the most popular and most popular tourist destinations in northern Greece, Chalkidiki Peninsula, will create about 10,000 new jobs.

According to the president of the Association of Hotels Chalkidiki Peninsula, Grigoris Tasios, capital to be invested in the development of this area indicate investor confidence, which is very positive.

It is worth to mention that in May this year was the opening of the hotel Pomegranate Wellness Spa Hotel (formerly known as Portes Palace) in Potidea in capital reconstruction- investment of 25 million euros.

Also at the moment hotel Gerakina Beach is being rennovated. Purchase cost of the hotel was about 17 million euros and the amount that will be spent on general work is estimated at 20 million euros.

Another planned investment that is worth mentioning is regarding the village Paluri (Kassandra Peninsula). In the territory of 320,000 sq.m is planned to build a hotel complex. The cost of the investment is estimated at 40-50 million euros.

On the peninsula of Kassandra, near Paluri is planned another project -in a territory of 330,000 sq.m will be built a five-star complex, which will include a hotel (640 beds), a center with thermal waters, marina for yachts and 150 cottages. Project completion is scheduled for 2015.

On the peninsula of Sithonia, in the region of Agios Ioannis, also planned to build a tourist resort village with houses, swimming pools, sports and children's playgrounds.

In conclusion, we note that in 2015 is planned the completion of construction of a new five-star hotel with Kalives, which can accommodate up to 600 guests- the project cost is estimated at 50 million euros.