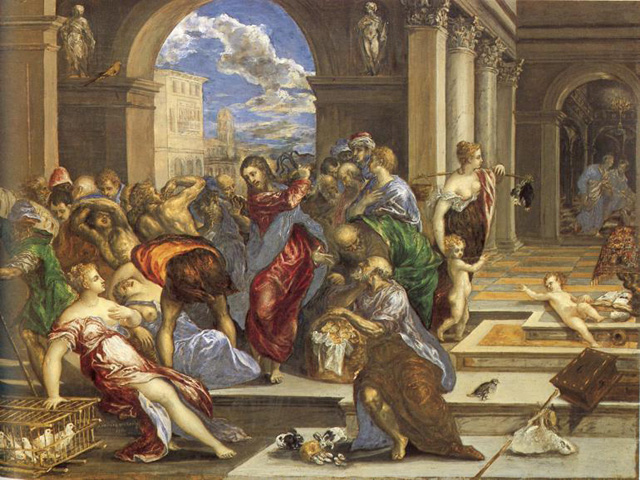 A round of exhibitions started on June 20 marking the celebration of the 400th anniversary of  Renaissance master Domenicos Theotokopoulos’ death. The Greek tribute to the painter, who is better known by the nickname El Greco, will be held on the island of Crete, birthplace of the master.

The exhibition “Domenicos Theotokopoulos between Venice and Rome” is dedicated to El Greco’s Italian period and will be held at the Historical Museum of Crete in Iraklio until October 25. From November 21 until March 1, 2015, the exhibition will be transferred to the Benaki Museum in Athens.

Apart from the two paintings “View of Mt. Sinai and the Monastery of St. Catherine” and “The Baptism of Christ” that are on permanent display, a lot of relevant 16th century works along with similarly themed works by Western artists are included in the exhibition.

El Greco’s Year will also be celebrated with events in other museums in Greece, such as the National Gallery, the Alex Mylonas Museum – Macedonia Museum of Contemporary Art, and the Byzantine & Christian Museum.

The exhibition in the Byzantine & Christian Museum is called “Domenicos Theotokopoulos before El Greco” and will run from November 19 until March 31, 2015. It focuses on the influence the social and artistic environment of his native Crete had on the artist and how his character and personality were formed.

In addition to 24 works of art on loan from Italy, Spain, Austria, and Bosnia-Herzegovina, many of El Greco's famous paintings are included in the round of exhibitions. Amongst them are “Luke the Evangelist” and “The Adoration of the Magi” from the Benaki Museum.