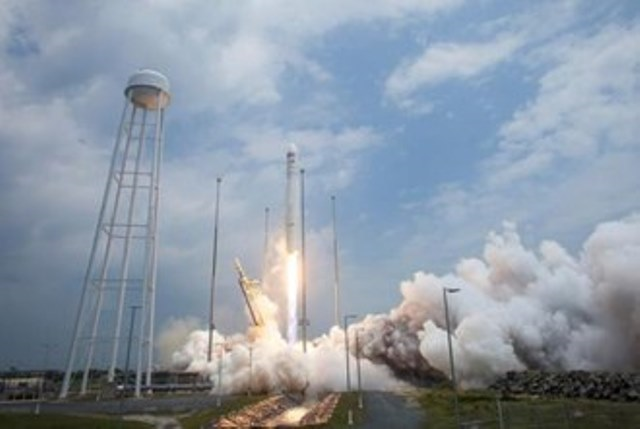 With the launch site ''NASA satellite L-Sat'' (Hellenic Satellite), which was established by Greek scientists, led by Periklis Papadopoulos.

According to NASA, the Greek satellite missile accompanies Antares, which will deliver the ship Cygnus with the scientific and auxiliary materials to the International Space Station (ISS). Cygnus, is expected to arrive at the ISS on July 16.

The aim of this mission is to study the effect of cosmic radiation on the material graphene, when it is in low-Earth orbit.

L-sat was designed and built by the Greek academic / student group «Lambda Team», based in Silicon Valley, California. Site slogan of the group is "Greek minds in action» (Greek Minds at Work).

As Dr. Papadopoulos (Professor of Aerospace Engineering at the University of California in San Jose), the group of  Lambda promotes talented Greek scholars.