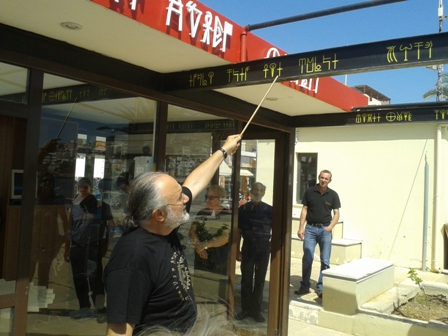 On the island of Crete operates Europe's first center of ancient astronomy, where the world's first "computer" is stored.

At the initiative of the researcher Minas Tsikritsis a center was established in ancient astronomy port city of Sitia, eastern Crete, one of the few in the world and the only one in Europe. Visitors can see objects, dating from the 4th millennium BC, such as carved stone, a copy of the Minoan matrix - the first analog computer in the history of mankind. Near the ancient stone is placed modern electronic equivalent where visitors have the opportunity to study the trajectory of the moon and predict eclipses possible in the future.

The task of the founders of the center is considered to be the familiarize everyone with a rich history of ancient Greek civilization, which is inextricably linked to all the sciences. Together with the ancient pots, which were used as tools for predicting the position of the sun, moon and planets, at the exhibition you can also see the first examples of writing (Cretan hieroglyphs Phaistos disk).