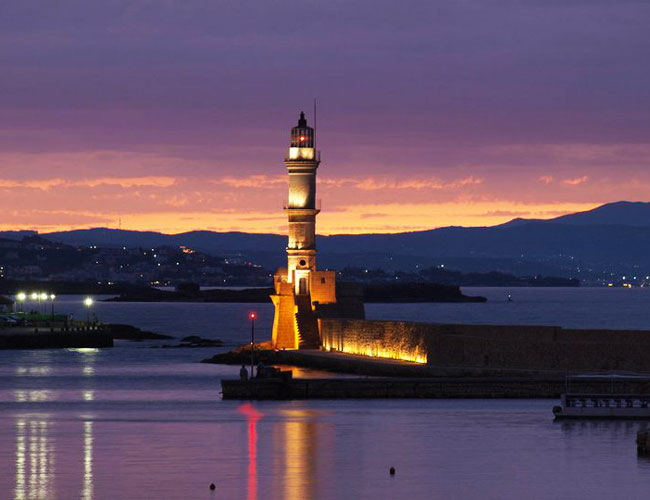 According to data published on the popular online travel viator.com, Crete is one of the most popular destinations for summer holidays. The author offers 10 attractions that you should definitely visit.

Old Town Chania
Chania is considered one of the most beautiful cities of Crete. In the old town you will find many mosques, synagogues and churches - the most beautiful buildings in the times of Turkish and Venetian rule. You can stroll along the waterfront or enjoy local cuisine at one of the many restaurants near great Venetian arsenal and Hassan Pasha Mosque.

The Palace of Knossos
Neolithic and Bronze Age palace of Knossos indicates one of the strongest civilizations of the world. The Minoan Palace of Knossos was built around 2000 BC. Knossos flourished for thousands of years and was a major center of commerce in the eastern Mediterranean.

Old port of Heraklion is surrounded by thick walls Venetian fortress Koules of the 13th century. Above the main gate of the fortress, you can see the Lion of St. Mark, carved from stone.

Arkadi Monastery
One of the attractions is the Monastery of Arkadi Rethymnon. Symbol of the struggle for the independence of the Cretans, it has a rich history. In 1866, more than 1,000 people found refuge here during the uprising against the Ottoman rule. When the Turks broke the defense and invaded the Monastery of Arkadi, they blew up the powder magazine, as a result, hundreds of people died. Those who escaped the explosion, were also killed by the Turks. On-site powder keg set a memorial to the victims.

Minoan Palace of Malia
On the ruins of the Minoan palace of Malia, you can see the remains of a huge palace complex with impressive villas and luxurious bathrooms.

Spinalonga
On a tour boat from Agios Nikolaos, you can get to the uninhabited island of Spinalonga. The island was famous leper colony until 1957, and the empty streets, old dilapidated stone houses, a hospital, and the cemetery walls, reminiscent of the tragedies of people who are ill with leprosy were forced to go to the island of Spinalonga his last journey.

Matala
Matala beach became very popular in the 1970s, when here from all over Europe gathered hippies and lived in caves cliffs serving at sea. To this day, Matala is one of the most famous beaches of Crete and the island municipality each year conducts a drawing contest here on the pavement and Music Festival.

Loutro
Traditional Cretan village, in which you can be reached only by ferry or on foot. Getting to this charming place, where all the houses are painted white, it seems that you have made a journey through time.

Samaria Gorge
Legendary Gorge, 18 kilometers long, is located in the White Mountains and overlooks the sea shore in the village of Agia Roumeli. Samaria Gorge is open for passage only in the warm season. National Park visitors the opportunity to see the unique flora and fauna of Crete: wild