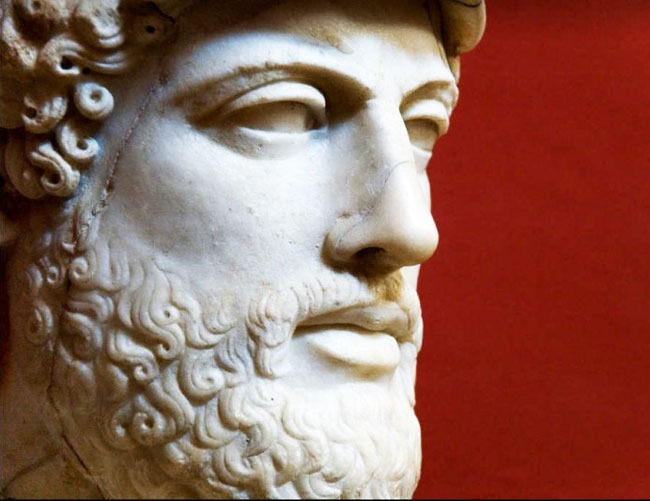 In the north of Athens was found a wine cup, from which archeologists believe, drank the famous statesman and military leader of ancient Greece ''Pericles''.

In his tomb, builders found 12 fragments of ceramic cup. Once they were glued, archaeologists have discovered the name of "Pericles" scrawled under one of the handles of the vessel adjacent to the names of five other people. They were written in order of seniority.
Experts 99% percent believe that drinking from the cup could Pericles himself as one of the names written on it belongs to his elder brother Arifronu. And it is a very rare name, moreover, it is above the name of Pericles.
Six ancient Greeks apparently wrote their names on a good memory, says Secretary of the Greek epigraphic society Angelos Matthau.

According to archaeologist Galini Daskalaki bowl subsequently was given as a gift to another person named Drapetis- a servant or innkeeper of  taverna.

This historic cup will be exhibited in epigraphic museum in Athens this autumn.