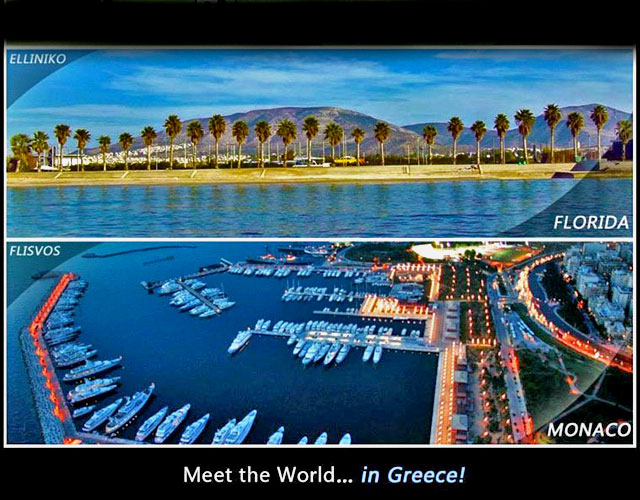 ''You can see the whole of the world in Greece'',  so says the team photographer Ari Kalogeropulu who did a photo shoot in different locations in Greece, reminiscent of the most famous tourist spots.

It turns out that Miami is on the island of Kos. Kos is located in the Dodecanese archipelago in the Aegean Sea, it is one of the largest islands of the archipelago. And the islands of Hawaii, the Maldives and Sheyhelly can be found on Crete.

Athens Coast reminds Florida and Monaco - marina Marina Flisvos, which includes not only a giant marina, but also a variety of luxurious restaurants, cafes, shops and boutiques.

Beauty highlands can be seen on the mountain Parnasos on Drakolimni and Kaimaktshalane.  Parnasos known as a ski center - resort near Delphi and Drakolimni - an area with several lakes on the slopes of Alpine type and Zmolikas Thimphu. Kaimaktsalan is the highest point on the mountain Nidzhe, on the border of Macedonia and Greece. Finally mountain in South Dakota resemble magnificent monasteries of Meteora with cliff top.

As seen Greece - is the only country that combines the beauty of all countries together!!