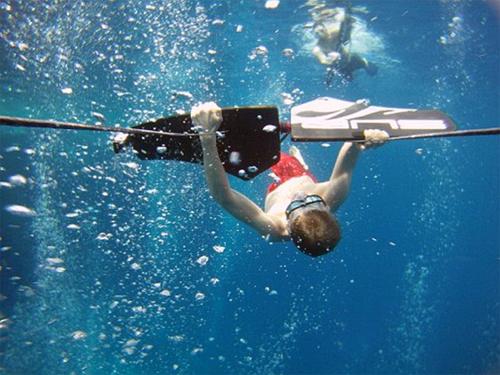 Zakynthos begins to develop a new sport  called Subwing, which involves underwater movement holding a special form of the fin, which in turn is connected to the boat.

The fin is made of high strength fiber having a smooth surface and two wings which can rotate around its axis, whereby they can control and regulate the direction of movement. Tilting the wings in different directions, for example, up or down, the athlete can respectively  go up or dive down.

The inventor of the sport - a native of Norway, traveling the world, remained indefinitely in Zakynthos. Having been on many of the islands of the Mediterranean, he fell in love with the magical sea, coves, underwater caves and decided to establish in Zakynthos a Subwing center!