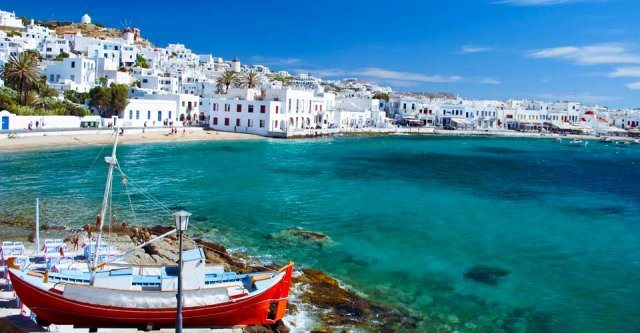 British Sunday edition of «The Observer» calls Greek island of Mykonos the winner of this tourist summer, noting a large number of celebrities who returned to Greece the glamor of 60s.

Publication in the British newspaper notes the names of Lindsay Lohan, Manuel Neuer, Cristiano Ronaldo and other stars of show business and sport, who filled this year the Greek island.

Noting that Mykonos "shifted" Ibiza and St. Tropez, attracting celebrities and clubbers, the newspaper quoted the well-known 24-year-old Dutch DJ Afrojack, who said in an interview with BBC, that "Mykonos is better than Ibiza, which has become too expensive, focusing only on VIP- person. "

According to «Observer» Greece became "the hottest tourist destination in Europe" this year.

In this paper, finally, it is noted that not only Mykonos is such a popular place but also cites the example of the island of Patmos, who recently visited the models Naomi Campbell and Kate Moss, as well as luxury hotels in the country, two of which are located in the Peloponnese, completely filled until October.