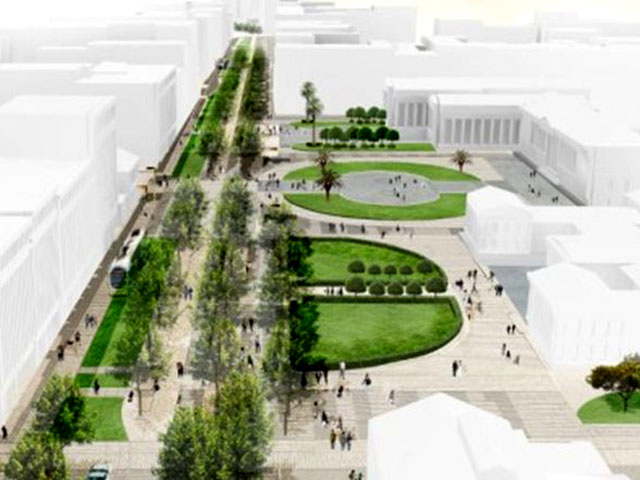 In mid-2015 is expected to start work on the reconstruction of the center of Athens, namely the main street PANEPISTIMIA. According to the General Secretary of the Public Works ''Stratos Simopulos'' it will take about two years to complete the project. Also noted that the project of reconstruction of the center of Athens, will include changes to the traffic on the main street Panepistimiou. Expansion of the tram line Syntagma - Egyptian area (and in the future to Patisia), and also a turn traffic on the street Akadimias, with the creation of two small inner rings for movement of cars and taxis are expected.

Significant changes will be introduced at Omonia square, which will replace its round shape on the square, due to the reversal of movement on the street. Agiu Constantine and construction of boardwalks on the road until Havtiya.