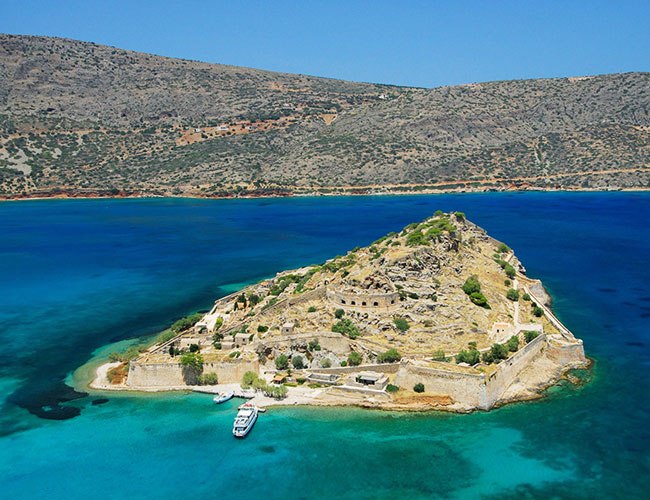 This Week in the City Hall of Agios Nikolaos, on the invitation of the Mayor Andonis Zervos, was the first meeting of members of the TEE / TAK, which considered the package of documents required for the nomination "UNESCO World Heritage" of the island of Spinalonga.

Spinalonga Island is famous worldwide for its tragic history. In 1579 the Venetians built there a castle to protect the port of Elounda and Mirabello Bay from pirate attacks. Fortifications were built on top of a hill, which made the island fortress of Spinalonga an impregnable. After 1669 the whole of Crete was conquered by the Ottoman Empire, the Venetians kept control of the island for 36 years until 1715. Since 1903, the island was used as a leper colony, where the first patients were transferred from Crete, which, because of the disfigured face and because of the light transmission of the disease referred to or isolated from society, to the remote outskirts of the city, in a place called "Meskin". Since 1913, the island was hosting patients not only from Greece but also from other countries. Spinalonga is an international leper colony, which existed on the island from 1903 to 1955. Food was delivered by a leper boat.

In 1970, the island was declared as a protected archaeological value and it began excavations, building and work to strengthen the walls. Every year the island is visited by hundreds of thousands of tourists who come to admire the ancient city and the Venetian fortress Olus.

According to preliminary calculations, the necessary documents conforming to UNESCO, will be approved by the Ministry of Culture until September 2015.