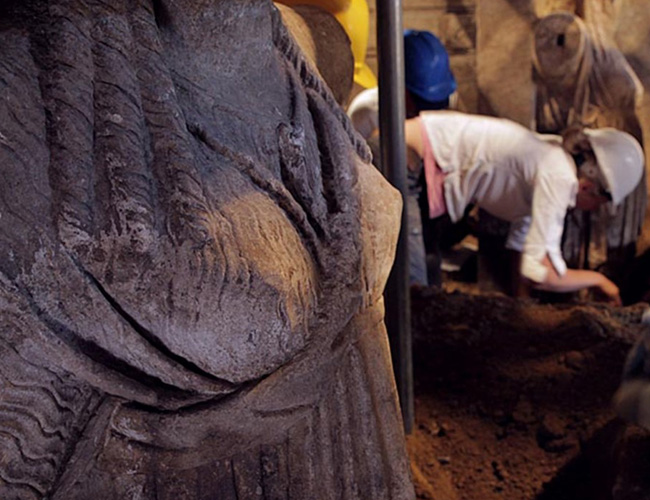 While strenuous efforts are to being made to remove the soil and support the third archaeological camera continues the conversation regarding the period of construction of the tomb Amphipolis. And also heard arguments about the identity of the person buried, which continue to increase, and this divide public opinion in different versions.

Regardless of where the information is taken from reliable sources or not, all theories find fertile ground in blocks and on sites where readers in a hurry to re-add your own personal opinions. Meanwhile, the site theamphipolistomb.com, established on a voluntary basis engineer Georgos Egglezos and Canadian interior designer Byron Johnstad, has already been published in the media, such as the British newspaper the Daily Mail and the Spanish channel ABC.

In distributing controversial scenario contribute, in part, archaeologists, who in response to the "demand" for the media rush to develop their views. Belief that the tomb dates back to the caste from the 4th century BC said yesterday at a press conference in charge of excavations Katerina Peristeri. "I am confident that this monument is the last quarter of the 4th century BC, and we have all the evidence," she said, adding, "and the arguments of colleagues about the Roman times are useless."

Anyway excavations continue in the coming days, it is expected flaw caryatids entirely, after the removal of two rows of stones from the second chamber of the tomb.