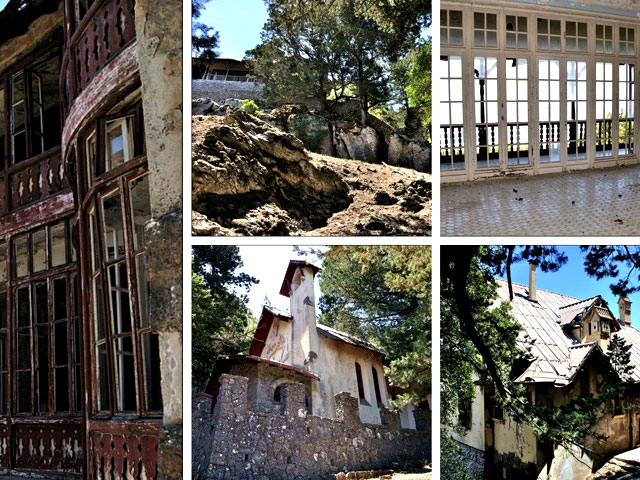 State Privatization Fund of Greece has decided to hand over the former Mussolini villa on the island of Rhodes in the lease for 50 years, subject to its transformation into a hotel. In July Privatization Fund has announced a tender among investors for a dilapidated building. Along with this historic building participate in the tender has 13 properties that have been abandoned and have not been used. Lease terms of these buildings range from 50 to 99 years old. Such a long-term lease will allow the Fund to earn money to replenish the state coffers and attract investor interest in the tourism sector in Greece.

The Fund expects that investors will invest additional funds in the leased and rebuilt them into luxury hotels. Privatization of real objects is planned to be completed by the end of 2014.

Representatives of the Fund expect to attract to the Mussolini villa Italian investors who are interested in this unique architecture and history of the building. Some experts now have information that Italian investors do plan to rent this property and restore it for a boutique hotel. Italians expect that this hotel will attract  their compatriots, who often come to Rhodes to see the sights of the Italian period in the history of Greece.

Mussolini villa has another name - Villa de Vecchi, named after the commander of the Italian forces in the Dodecanese islands Count Cesare Mario de Vecchi. He completely revolutionized the old historical building in order to live in it himself and to use the building as a summer residence of Benito Mussolini. However, the latter have never visited her and did not - he was planning to spend the rest of his life after retirement, however, as we know, did not have time. So Villa got its famous name Villa Mussolini.

This two-story building has an area of ​​757 sq.m and is a unique architectural monument. The villa is located in the most picturesque part of the island and offers beautiful views of the sea and the surrounding beauty. The building itself has a lot of years worth of neglected. Some time after the departure of the Italians villa served as the summer residence for the royal family of Greece, but after the abolition of monarchy, the building has departed the state.