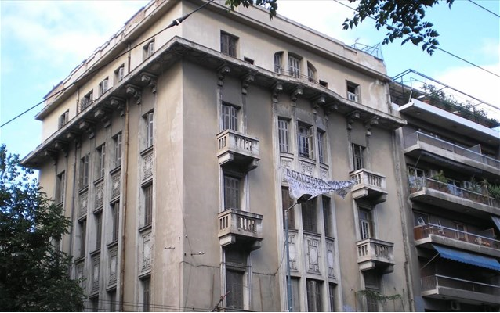 The historic but long-neglected building at 61 Patission Street in central Athens where opera legend Maria Callas lived from 1940 to 1945 before she left for the United States is set to undergo renovation work so that it can house the Maria Callas Opera Academy, it was announced this week.

The City of Athens has already reached an agreement with the owner of the building, the Sailors' Pension Fund (NAT), and officials are reportedly working out the details so that the project can be included under EU Community Support Framework for Greece in 2015.

The agreement will be marked on Sunday, September 21, with a grand opera gala concert organized by the association for the building of the opera house and the academy in cooperation with the Greek National Opera.

“We have organized the concert in support of establishing an academy at the house where Maria Callas lived,” president of the association Vasso Papantoniou said during a press conference this week.

“The aim is not to create a tourist attraction but a learning space for young talents who lack access to academies outside the country,” she said.

Artistic director of the Greek National Opera Myron Michailidis said the organization would support plans to establish a opera academy.

Born Maria Kalogeropoulos, Callas first performed in Greece when she was 18. She died in Paris at the age of 53 in 1977.