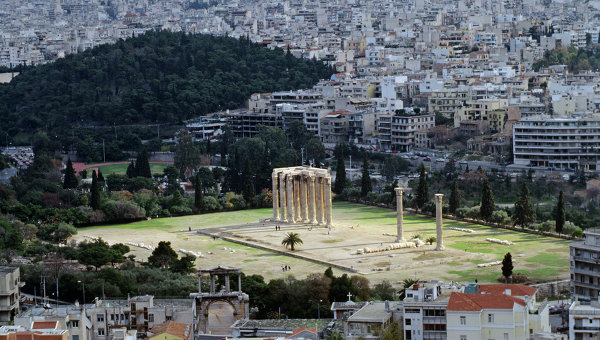 The interest of tourists to Athens is growing rapidly- their flow for the year increased by 22%. The capital of Greece, in many respects, is in a high European level, and in the future it should become a major tourist destination. This was discussed at the press conference of the four major organizations and companies involved in the development of tourism, - NCO Marketing Greece, Attica Hoteliers Association, "Aegean Airlines" and the Athens International Airport Eleftherios Venizelos.
A year ago, the Greek Ministry of Tourism has launched a campaign called "City Weekend" (city break), designed to make Athens and "northern capital" of Greece Thessaloniki popular among tourists.

In January-August, the number of foreign tourists increased by 528,000 people compared with the corresponding period last year, while the number of overnight stays in hotels during this period increased by 390 thousand. "It gave an additional 142.8 million euros to the real sector of the economy of Athens, that is, service, trade, catering," - said the chairman of the Association of Hotels Attica Alexandros Vasilikis.

"Athens is an ideal tourist destination for all four seasons" - said the head of the agency Marketing Greece Joseph Parsalis. This nonprofit organization was established in 2013 to promote tourism in Greece.

New market for Greece is France, and the main, priority markets are according to Parsalis- Germany and the UK. The Agency intends to engage in the promotion of tourism and the markets of USA, Russia, United Arab Emirates and Asia.