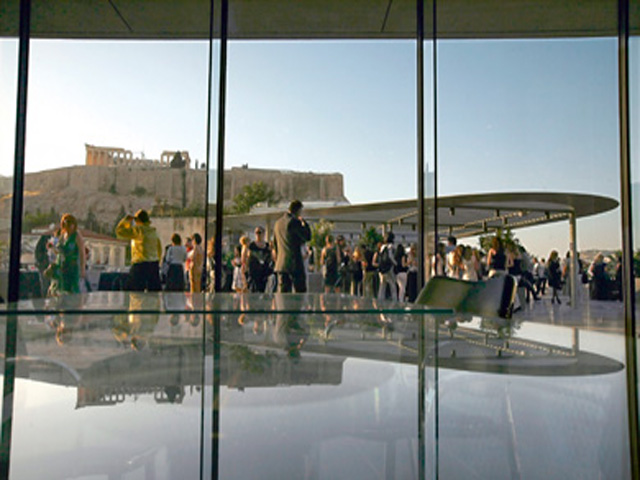 Until now, visitors to the Acropolis Museum in Athens could only peer through the glass floors of the Bernard Tschumi-designed structure to get an idea of the ancient neighborhood lying among the building’s foundations.
Soon, however, they will be able to take a closer look at the findings unearthed during the construction of the museum, which opened its doors to the public in the summer of 2009, and learn more about the city’s past from the time of its first inhabitants to around AD 1200.
The Central Archaeological Council (KAS) recently gave the green light for a permanent outdoor exhibition that will see some 1,400 items go on display on the museum’s underground level.
According to KAS officials, the aim of the exhibition will be to cast light on lesser-known eras in the ancient city, such as the Mycenaean and Roman periods. Moreover, it will highlight aspects of daily life in Athens focusing on more humble, everyday items. These may be in a different league than, say, the Parthenon Marbles or the Caryatids, but they were very necessary for people back then. The findings from excavation works at the construction site will be divided into three main groups depending on the period when they were crafted.
The first section, titled “Before the City,” will include 81 items dating to between 3000 and 750 BC, including pottery from the Final Neolithic era, and the content of five graves that reveals evidence on burial customs during the Middle Helladic, Mycenaean and Geometric periods.
The second section, titled “On the City’s Periphery” as the area lay beyond the walls of Archaic Athens, will take visitors from 750 to 480 BC.
Most of the 1,000 items under the third, largest category, titled “Life in the City,” will shed light on everyday life in the ancient neighborhood between the 5th century BC and AD 1200, focusing on aspects such as trade, gender roles, physical well-being, religious practice, lighting and the big disasters that hit the city. Items here will include domestic utensils, coins, busts of renowned citizens and statues of gods.