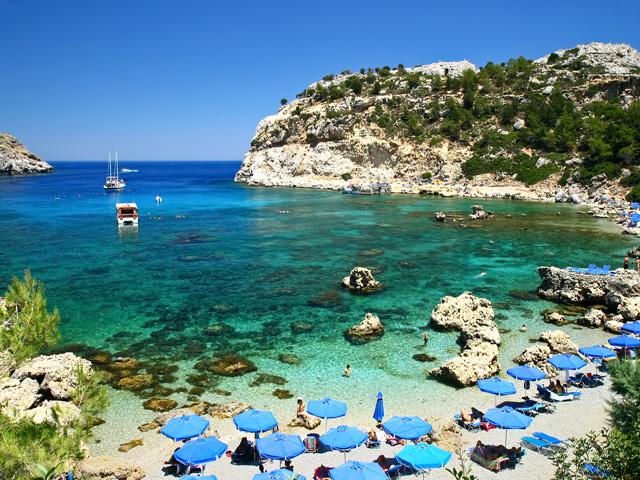 The number of foreign visitors to Greece could soar to 27 million by 2021, including cruise passengers, according to new estimates issued by the Association of Hellenic Tourism Enterprises (SETE), which also expects this year’s arrivals to top 22 million.

Previous estimates for this year had stood at 21.5 million, but as SETE head Andreas Andreadis told Kathimerini arrivals have grown further and are raising the targets for the future.

“The year 2014 sees Greek tourism contributing 14 billion euros directly to the economy, and along with air and maritime transport and domestic tourism, this amount grows to 17.1 billion euros. In this context its contribution to gross domestic product has grown by at least 35 percent in the last four years,” said Andreadis. He goes on to forecast that direct revenues from tourism will come to about 19 billion euros by 2021.

He says that “by 2021, private capital of more than 20 billion euros could be invested in tourism,” but for that to happen the government must make good on a promise to channel 500 million euros into the sector in the next six years for the modernization and the creation of new tourism infrastructures (ports, airports, marinas etc), and to support new investment programs.

Ahead of the 2015 season, the SETE president several identified positive signs, such as the intention of air carriers to strengthen their schedules centered on Athens, promises by major tour operators to increase the number of tourists they will bring to Greece and early bookings from the British market, which are already showing signs of growth.

What is causing some concern in the industry, however, is possible political instability. Such a development, said Andreadis, could “have an impact on the scheduling of air seats and on tourism bookings for the coming season.”

“The extreme polarization of the last few weeks combined with the extensive instability in the broader region and the deterioration of economic prospects in Europe have affected the flow and the interest in new tourism investments in our country,” noted Andreadis.