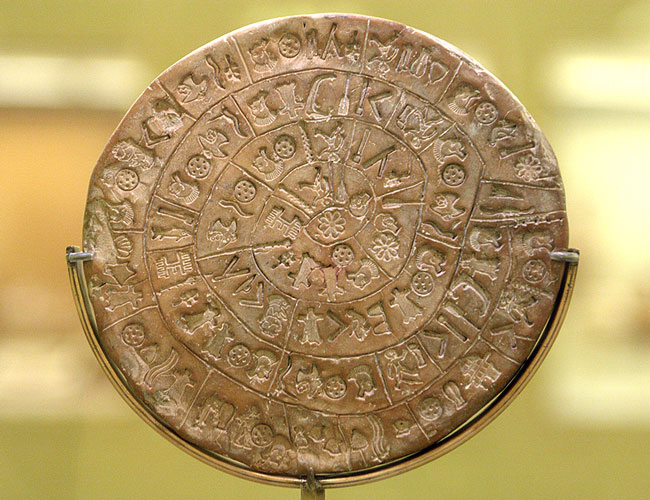 Dr. Gareth Owens believes that the Phaistos Disk is dedicated to a “great lady of importance”. The decoding of the Phaistos Disk has puzzled specialists for over a century, however new findings describe the disk as “the first Minoan CD-ROM’ featuring a prayer to a mother. Gareth Owens, Erasmus coordinator at the Technological Educational Institute (TEI) of Crete, speaking at the TEI of Western Macedonia on Monday, said the disk is dedicated to a “mother”.

“The most stable word and value is ‘mother’, and in particular the mother goddess of the Minoan era,” said Dr. Owens. He says there is one complex of signs found in three parts of one side of the disk spelling I-QE-KU-RJA (YGEIAN + AGAPI), with I-QE meaning “great lady of importance” while a key word appears to be AKKA, or “pregnant mother,” according to the researcher. One side is devoted to a pregnant woman and the other to a woman giving birth.

The disk was discovered in 1908 at the palace of Phaistos, in the northeastern part of the Aegean Island of Crete.The round clay object, tentatively dated close to 1700 B.C., displays an unknown language on both sides which is carved in a circular fashion, from outside to the centre.