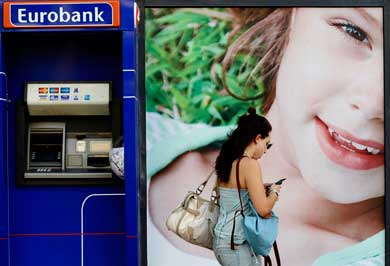 Eurobank Chief Executive Officer Christos Megalou announced on Wednesday that the lender would double financing to enterprises and households next year to 2 billion euros. Next year should be the one when banks, enterprises, the economy and the country in general should prove that we are now walking steadily, said Megalou.

The bank is planning to channel about 1.6 billion euros to enterprises and 400 million to households. Corporate funding will comprise 520 million euros for large enterprises, nearly 200 million for major projects and jointly funded works, over 250 million for the tourism and shipping sectors, almost 200 million to supporting exports, and 450 million to small and medium-sized enterprises. He explained that after a long period of major challenges for the local credit system, banks can now focus on their main task, funding the economy.

Megalou also estimated that the country’s economy will expand by 0.8 percent this year.