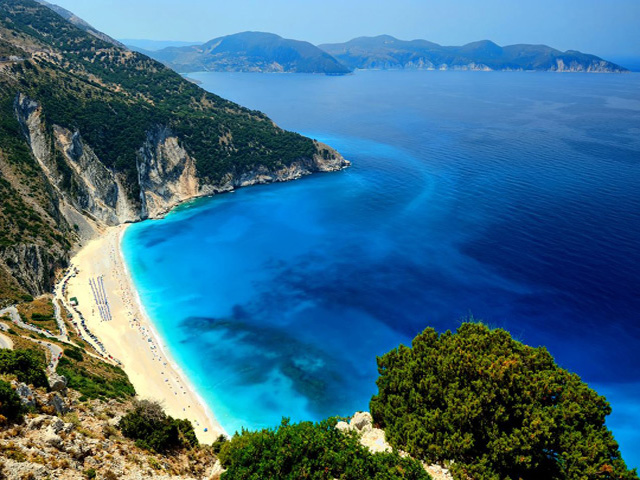 Thassos is a little green and mountainous island in the Aegean Sea well known for the clean beaches.

According to Myth, Thassos owes its name to Thasus, son of Agenor who was the king of Tyre or Sidon in Asia. When Zeus took the shape of a bull and stole Europa, Agenor who was her father ordered his four suns to search for her. He also ordered them not to come back to their birthplace without her. Thus, Phoenix headed southwards, Cilix northwards, Cadmus wandered around Greece and Thasus, who according to other versions was the son of Cilix, after having travelled to remote places reached verdant Thasos where he stayed thus giving his name to the island.

Because of Thassos’ close proximity to the coast of the mainland, it’s believed that the island has been inhabited since as far back as the Paleolithic era. Along with gold, the island was also known in ancient times for its marble, wine production and abundance of nuts. The modern town of Thassos was built partially on top of, and slightly to the west of the ancient town in the same locale as the two harbors that compose the port. The port actively operates today and has done so for thousands of years.

Except of its beautiful nature, Thassos also has several sights  - Archaeological Museum of Thasos, Polygnotos Vagis Municipal Museum, Folklore Museum of Limenaria, Archangel Michael's Monastery, Saint Panteleimon Monastery, Monastery of the Assumption and an ancient theatre which is often used to this day, museums of archaeology and folklore here.

There are many beaches on the island, and many of them are easy to get to by bus, car or moped. Some of the more popular are Golden Beach, Skala Kallirachis and Makryammos.

You'll find some bars and clubs in Limenas that are really nice. Since it is a popular resort among the Greeks the nights usually get very long, but not too wild. There are many fish taverns in the island. Most places are in Limenas, but there are also some nice little taverns in the villages. Most of the food served is very good, traditional Greek.

Thassos is a materialization of most peoples pre-conceived ideas of what a Greek island is all about. Thassos has the added advantages of an efficient tourist infrastructure, friendly and helpful islanders and a road system with regular bus services that ring the island. In total, it is one of the most appealing of the Aegean islands.