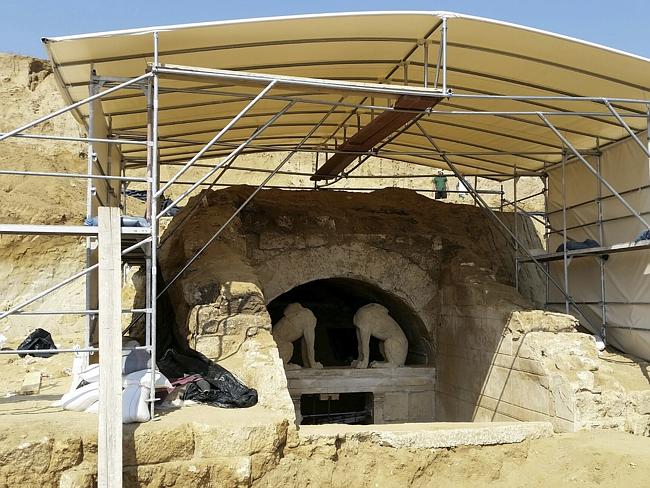 Coins featuring the face of Alexander the Great have been found at the largest tomb ever unearthed in Greece, where archaeologists are hunting for clues to solve the mystery of who lies buried there. The discovery earlier this month of a skeleton inside the structure has added to the excitement over the site, which has enthralled the Greek public.

The tomb was repeatedly plundered before being sealed off. The archaeologist in charge of the dig, Katerina Peristeri said the team still found several coins around the tomb, including some showing the face of Alexander the Great and some dating back to the third and second century BC.

Officials have said the tomb most likely belongs to a distinguished male public figure or a general, prompting excited speculation that it might house the remains of Alexander the Great, who died in 323BC and whose final resting place remains a mystery.