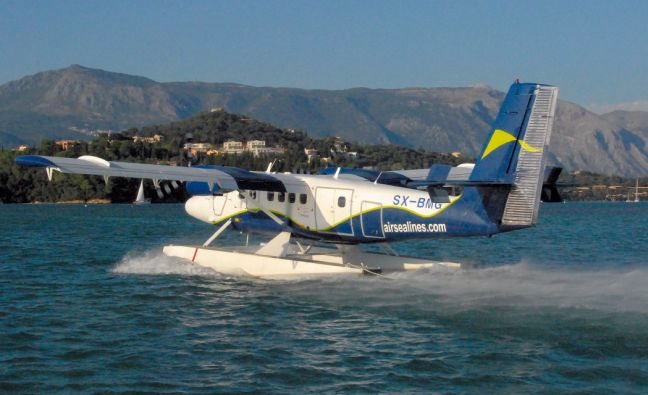 The country’s first water airport will operate in the island of Corfu, one of Greece’s top tourist destinations. The approval for the creation of the first water airport in Greece was signed by Environment, Energy and Climate Change Minister Giannis Maniatis, after the inspection of the environmental conditions was completed. Upon prior to the signing the approval,  Maniatis held a meeting with Deputy Culture Minister Angela Gerekou, Corfu Port Authority President Spiros Andros, Canadian Ambassador Robert Peck and “Hellenic Seaplanes.” The amendment of the decision approval regarding the environmental terms of Corfu’s port works includes the creation of a water airport in the southwest part of the port that has buildings and a floating pier with a maximum frequency of 10 seaplane flights per day, a nearby desalination unit, while it requires remodeling the junction at the port’s eastern entrance. The operator of the project is the Port Authority of Corfu. The support of the investment initiative and the creation of new development platform in the country will substantially contribute to the upgrading of the tourist product and the creation of new jobs,” Maniatis underlined after the meeting, confirming the government’s political will to support new activities that will benefit the local communities.