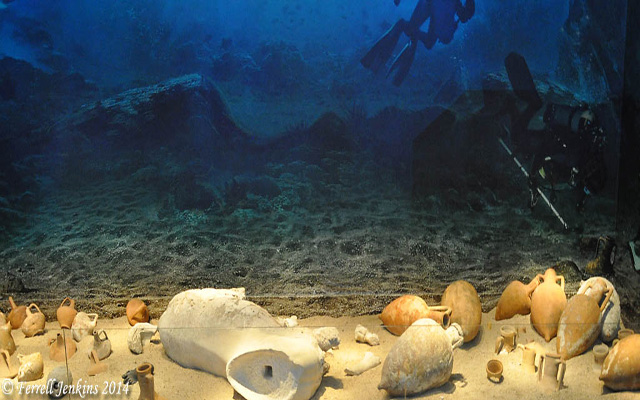 The international team of archeologists, engineers and divers who made the descent to the ancient wreck off Greece’s southern coast, are expected to announce the findings of the first part of the mission, which ended in mid-October, in Piraeus at 7 p.m. on Wednesday.

The announcement will take place at the new jewel in Piraeus’s crown, the Library of the Aikaterini Laskaridis Foundation, which will also feature a brief display of two or three of the priceless objects found at the underwater archaeological site, which also yielded the world’s oldest computer, the Antikythera Mechanism.

The scientific presentation will be demonstrated by the director of the Ephorate of Underwater Antiquities, Dr Angeliki Simosi, the ephorate’s archaeological diver, Dr Theotokis Theodoulou, and American researcher and diver Dr Brendan Foley.

Though details have not been announced  about the findings that will be shown to the public at the presentation, Simosi did say in a recent press conference that there will be a description of the history of the wreck's exploration as well as revelations about the most recent findings.