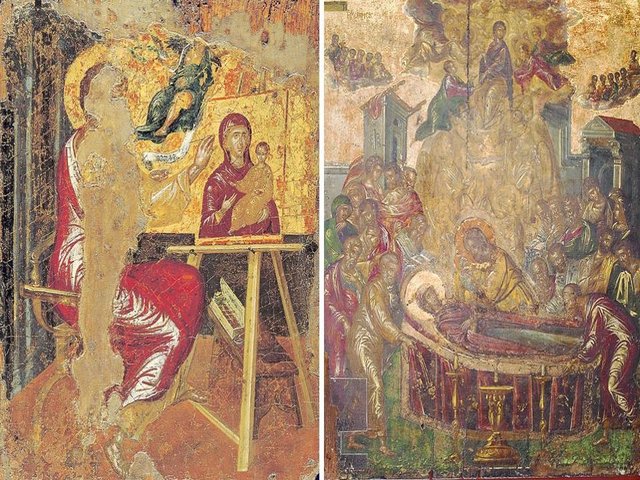 The illustrated codex painted by Greek painter and miniaturist Georgios Klontzas, a work belonging to the Marciana Library in Venice, was being carefully placed in a glass displace case at the Byzantine & Christian Art Museum in Athens ahead of a press conference on the El Greco exhibition marking the 400th anniversary of the grand master’s death.

Exhibitions on the Crete-born artist, widely known here as Domenikos Theotokopoulos (1541 - 7 April 1614), have already been presented on the southern island, as well as at the Benaki Museum and the Museum of Cycladic Art in Athens. Each of these shows sheds the  light on a different aspect of the artist. It is the first time that Greece has staged exhibitions about Theotokopoulos in a systematic manner.

The title of this exhibition, “Domenikos Theotokopoulos Before El Greco,” is revealing: The works presented here, crafted by the artist himself as well as his contemporaries, highlight the social and artistic environment of 16th-century Crete. During that time, painting reached the highest levels of artistry. Also, it was the time that shaped the personality of Theotokopoulos before he left for Venice in 1567.

The exhibition will remian on display at the Byzantine & Christian Art Museum through March 31. The catalog will be published in the coming weeks.