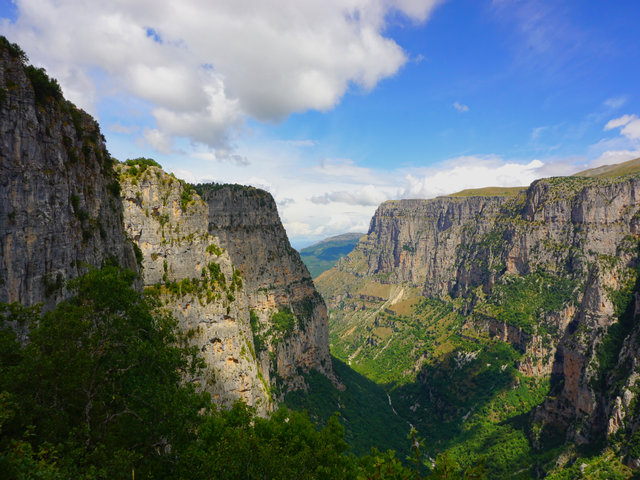 An article dedicated to the best corges in Europe was published in the The Telegraph newspaper. Two Greek gorges Vikos and Samaria are included in the top list.

Its place in Guinness World Records as the world’s deepest gorge in relation to its width is inevitably disputed, but Vikos is an eye-popper when taken in from one of the three key viewpoints.

Ripping through the sublime Zagoria region in the north of Greece, it is a straightforward challenge to hike, with a breathtaking – in both senses – descent and ascent at either end. The U-shaped gorge narrows into a slot at the western extreme, where powerful springs spout a fully formed river of crystal water.

Get there: the cheapest way is to fly to Corfu, take a ferry to Igoumenitsa on the mainland, rent a car, then drive about 90 minutes.

For a hugely satisfying – if exhausting – day out, the hike down the Samaria is hard to beat. There are two problems: one, you’ll share the route with up to 2,000 fellow wanderers in summer, and two, it’s a long way back to the start from where you end up at Agia Roumeli on the coast. Starting in the remote White Mountains, the canyon walk is downhill all the way, with the sheer sides squashing a narrow gap at a point known as The Gates. Best tackled as a day trip using a local tour operator.

Get there: fly to Chania, about an hour by bus from the start and three hours (including boat ride) from the finish.