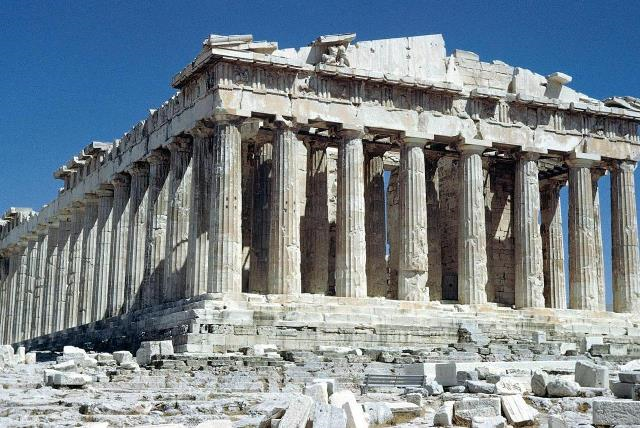 The city has a rich history, since life began here more than five thousand years ago. There are not a lot such of cities in the world! Athens been an important cultural center back in the days when the modern major European centers even were not existing at all.

The city revived only 150 years ago, after ages of neglect and decline, and now is a fairly large modern city.

Every visitor of Athens, certainly ought to visit the Acropolis - Greek gem, which is also considered World Heritage Site. From any point of the city you can clearly see towering over the city Parthenon, the temple of the goddess Athena, patron saint of the city. On the south slope of Acropolis there is located equally well known Theatre of Dionysus, currently partially restored. According to tradition, it is the venue for the Athens Festival, very bright and spectacular event.

Certainly you should visit the place, symbolizing wisdom Athens - Areopagus hill, the top of which was the place of the court of ancient Athenian state.

Go on a trip to the National Archaeological Museum - there you will see and learn a lot of new things for yourself, as amongst  the assets of the museum is one of the largest collections of art of ancient Greece. This is a real treasure, each exhibit is unique in its kind. But do not rush to see everything in one visit, as is not possible  to get the full pleasure of familiarization with the richness of the museum.

Do not forget to explore the Keramikos, the burial place of famous and renowned for the Athenians, and the hill Lekavitos the famous Church of St. George and the Tower of the Winds and burial mounds and the Arch of Hadrian.

Independent from what period of time you are planning to stay in Athens, every day you can discover a place where you have never been, street, which you never seen and the wall to which you never touched.