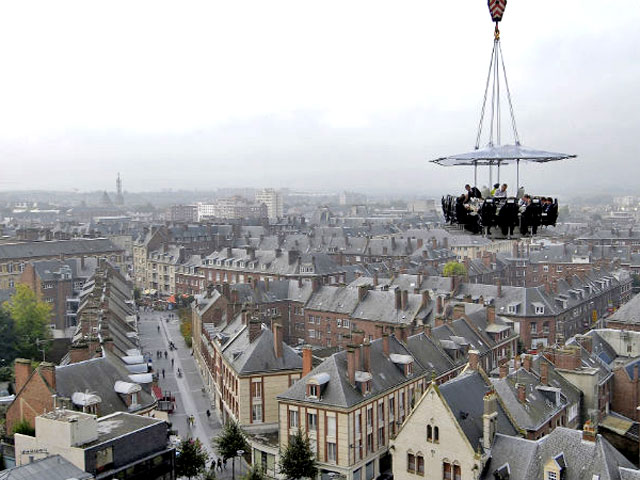 A unique gastronomic experience is expecting  you in February in Athens- Technopolis: A dinner in the sky.

The clock of the site www.dinnerinthesky.gr  is running  for a few days before the first dinner on Greek land, but in practice the Greek sky.  On the 14th of February  in the area of Gazi , on a specially installed platform at a height of 50 meters above the ground will be arranged a long-awaited dinner.

The first twenty-two participants -gourmets in “heaven” restaurant will be offered exclusive Italian dishes and of course they will enjoy the most spectacular views of the Acropolis and the maximum dose of sensations.

The idea originally appeared in Belgium in 2007, since then a similar event was held in 45 cities around the world. It is supposed that the event will be held in Athens on a permanent basis.

Gazi is one of the well known areas of Athens. All year around there are held various events that are increasingly attracting the interest of young people.