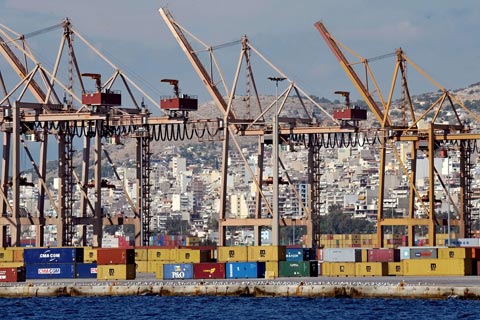 Following the information from the internet news portal, Cosco Pacific has embarked on a series of strategic moves to involve more international companies to Piraeus to use the country’s main port as an alternative route for the supply of markets they operate in.

The Chinese shipping group is already further developing the model of combined transport it has set up with the Greek railway system and road and air transport.

This process has started with the handling of cargo by Hewlett Packard, with GREE, ZTE, Sony, Huawei and Dell following.

Now sources say that Cosco is focusing its efforts on attracting electronics firms, carmakers with plants in the Balkans and Central Europe, as well as major consumer goods enterprises.

To that end the Hong Kong-listed corporation is also making plans for the creation of new storage spaces in Piraeus that will be able to serve the expected increase in cargo.