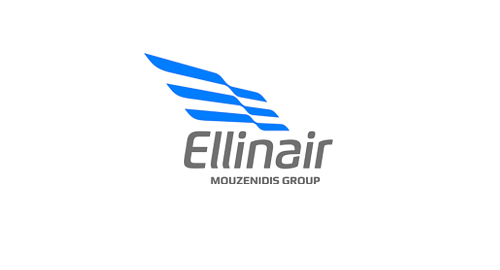 The airline company Ellinair- based at the international airport ''Macedonia'' of Thessaloniki, which is part of the holding Mouzenidis Group, along with the leading tour operator in Greece Mouzenidis Travel, as well as other companies with high business reputation. Safety and highquality passenger services are provided by the fact that fleet Ellinair passed strict controls and maintenance. Aircraft carrier Ellinair meets the highest international safety standards. Airline applies a client-oriented approach, based on the tradition of Holding Mouzenidis Group of impeccable quality service to its customer throughout the trip. Direct flights during the summer season on Mykonos, Santorini, Heraklion, Zakynthos and Rhodes.

On the island of Santorini from Athens and Thessaloniki- 5 times a week.

On the island of Mykonos from Athens and from Thessaloniki- 4 times a week.

Heraklion(Crete) from Athens and Thessaloniki- 4 times a week.0

Rhodes from Thessaloniki- 3 times a week.

Zakynthos from Thessaloniki- 3 times a week.

Our flights are operated on aircraft type RJ85- equipped, with new leader seating.

You can carry free baggage up to 20kg and carry-on luggage weighing up to 5kg.

All customers of the Holding company Grekodom Mouzenidis Group that own a Gold Card receive bonus, 5% discount on Tickets.