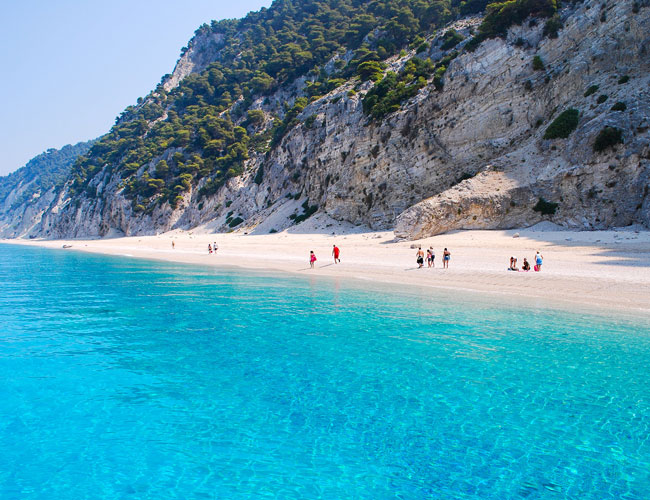 The british newspaper ''The Daily Mail'' published an article dedicated to the most beautiful beaches of the Mediterranean, the ten represented included three Greek beaches. We are talking about the beaches of Egremni, Lefkada (1st Place), Zakynthos ''shipwrake'' (3rd place) and Elafonissi Crete (4th place).

Egremni beach is located on the southwest coast of the island of Lefkada. Despite its remote location, the beach has become one of the most popular destinations. To get to the beach is only one way of overcoming the descent from a height of 150meters on the 347 stairs.

''Its hard to believe that no Instagram filter was not involved, to convey this incredible pisture, but its true: tirquoise water really dazzles with its incredible colour ''-writes the author of the publication.

Access to the beach is possible only by ship. The incredibly beautiful place often reffered to us ''smugglers bay'' because the beach got its name (shipwrake) in 1983, when the ship ''Panagiotis'' carrying contraband cigarettes, there suffered shipwreck. Sandy beach with dazzling turquoise water surrounded by high cliffs. As for fans of andrenaline offered bungee jumping and other extreme sports.

Elafonissi- a small island, surrounded by white sand and the gulf of land separated from the depth of one meter. The white sand of the island some times takes a pink shade  from the many fragments of shells, pollished by the sea. The water is crystal clear and has an aguamarine colour that reminds us of an exotic paradise.