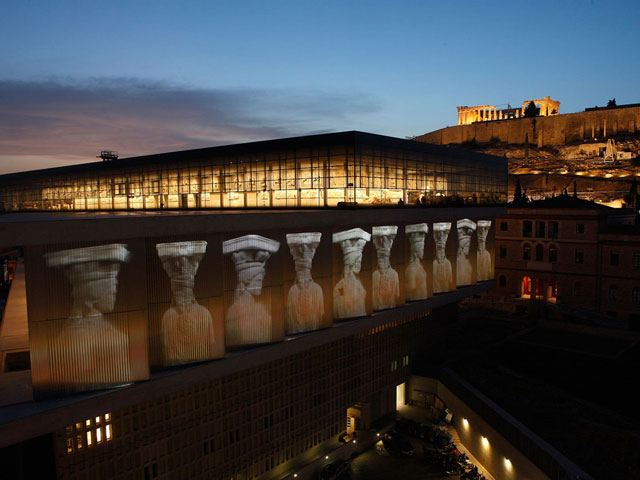 Acropolis museum celebrates its 6th anniversary on 20 July, and it is to this date it timed opening of the exhibition ''Samothraki Secrets of the Great Gods'' which is a combination of cooperation with the Museum of Acropolis and the Rhodope and Evros Inspections Antiquity experts and archaeologists of Samothrace. The opening of the exhibition is waiting for its audience at 21:00 and will function on the birthday of the Museum you can visit it until midnight, and it will be up to 30 September 2015. In this memorable evening of 20 June, at 21:00 will take place the Philarmonic Orchestra and Chorus of the Athens municipality, the event will be in the courtyard of the Museum and the concert will be named '' The fragrance of the Old Athens'' with melodies of cinema and Greek operettas of the period between the two world wars. There will also be presented antiquity which is located in the provincial museums, but directly from Samothrace, the Archaeological Museum will bring 262 masterpieces of ancient art found in the excavations of the sanctuary of the Great Gods, the Necropolis of the Minoan settlement in the village of Mikro Vouni.  For the first time in the exhibition will be a demonstration of the documentary of Costas Gavras, which is dedicated to Samothrace.

Note that the 20 June exhibition halls and restaurants of the museum will be open from 8am to midnight, the ticket price for all -3 euro.