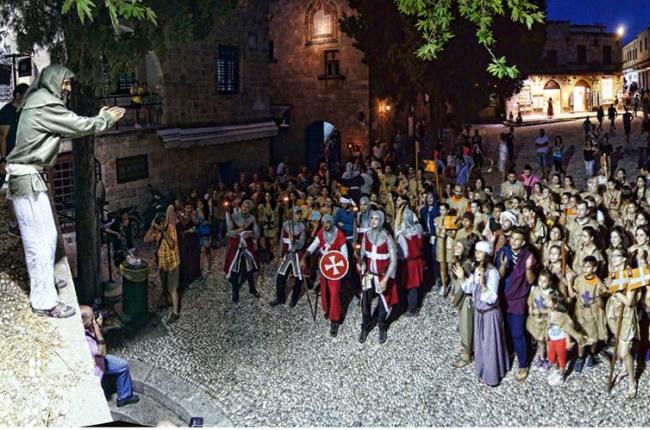 The historical reconstruction of the medieval Lindos June, 21.2015 will open the 9th in a row Medieval Festival of Rhodes. The first day of the Festival is dedicated to the summer solstice which is traditionally celebrated in the ancient Greece and in the whole of Medieval Europe. Major events, reviving the customs and habits of the inhabitants of the island in the XV Century, will unfold in the central square of Lindos.  From there starts his way the medieval procession which will take place before the cathedral of St. Stefanos.

The creative program will include live music performed by Alma Salto & medieval Crescendo, Theatrical performances ''Trio Bastardi'', stories and fencing competition. Also there will be a medieval market with traditional dishes.

From 26-28 June the Festival will reviving traditions, legends and history of the Byzantine and Medieval Rhodes, moved to the streets of g. Rodos.