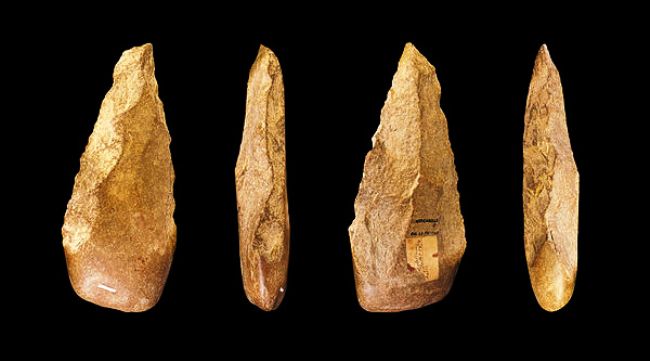 American researchers reported at the annual meeting of Paleoanthropology Society in San Francisco, that they discovered, in Kenya, the oldest stone tools have been found so far. The tools of 3.3 million years old are the oldest by about 700.000 years compared to those who were considered the oldest so far and were found in Gona, Ethiopia.

The discovery shows that the ancestors of man were able to create tools from shard stones and use them for every day survival. The announcement of the discovery were made by the archaeologist Sonia Charmantas of the Stony Brook University in New York, with the team, they found numerous stone tools in place Lomekvi 3 west of Kenyan Lake Turkana.

The tools are found at low depth under the surface. The dating of the geological layer using Pale- magnetic techniques placed their creation about 3.3 million years.