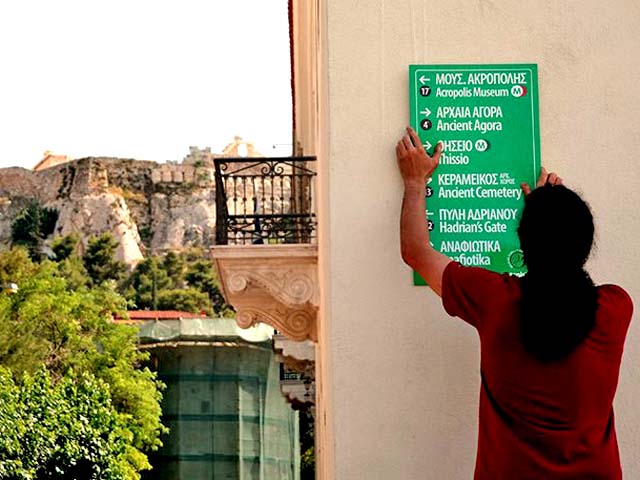 Finding himself in a unknown city, each man once in his life asked how to get to the desired street or the museum. A group of volunteers ''Atenistas'' decided to help this tour under the motto '' Walk Athens''. The activists placed marks in the historic centre of Athens, to make it easier to walk in the city for tourists and residents. The volunteers have already established 15 indicators which describes in Greek and English the way to the next six significant places. The new signs placed in Omonoia Square, Monastiraki, Syntagma Square, Thissio, as well near the Archaeological Museum. The signs indicate the direction with an arrow path, the nearest metro station and the estimated walking time to your destination.