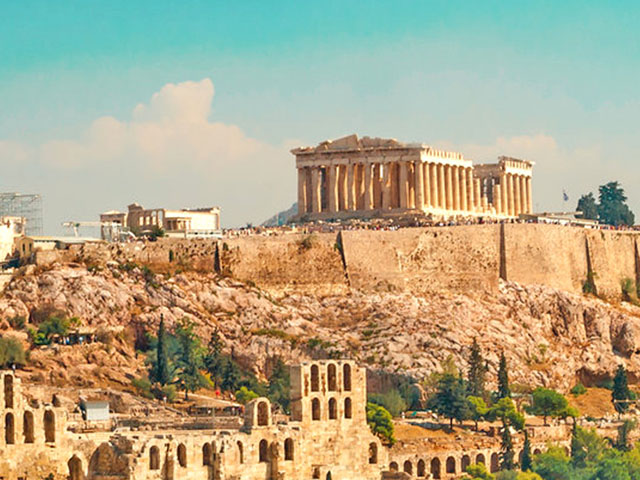 For thousands of years the symbol of Athens is Acropolis, the sacred rock, which is a link between the magnificent civilization of modern and ancient Greece. With its monuments, history and mythology Acropolis is considered to be the pride of Athenians. Which city will not envy its everlasting glory?

The Acropolis’s unrivalled monument of Parthenon can be seen from everywhere in Athens, there is a law that prohibits building houses nine floor above, because nothing should overshadow the ancient magical hill.

The ancient Acropolis is surrounded by many myths and legends. There is an interesting well-known, but no less mysterious fact: Birds do not fly above the Acropolis, do not attend, do not nest. This paradox mystical holiness of the place can be explained. The most plausible seem to be the following, there is an increased level of radiation on the Acropolis hill, and so the smart birds feel it and do not attend.