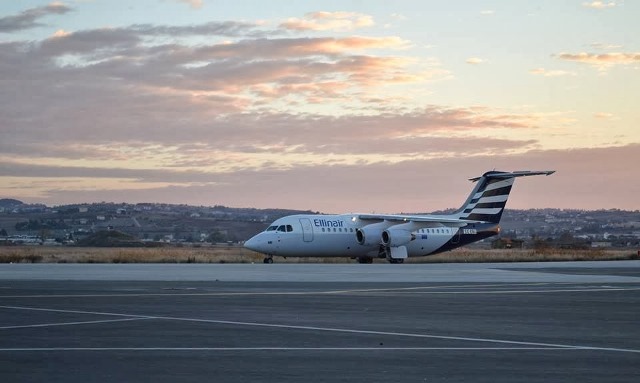 In a sign of welcome for the new carrier in Sheremetyevo, took place a meeting of the first voyage-on the airfield was organized water fireworks. In the terminal for passengers of the first flight was prepared a special Birthday cake and souvenirs from Sheremetyevo airport.

The flight Moscow-Thessaloniki will be 2 times a week (on Wednesdays and Sundays) on the Airbus A319, flights are served at Terminal E.

The Airline Ellinair (www.ellinair.com)-Greek airline founded in the year of 2013, is based at the international airport ''Macedonia'' of Thessaloniki (Greece). Included in Holding Mouzenidis Group.

The main priorities are security, Ellinair Airlines flight regularity, an impeccable level of service. The advantages of company- affordable prices, flexible conditions of application of tariffs. On the passenger serving the highly skilled personnel who is fluent in Greek, English and Russian language.