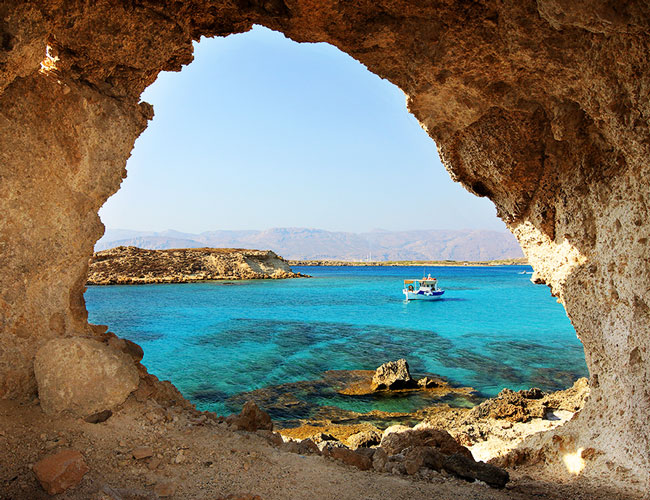 As paradoxical as it may sound, but the island of Crete has its own island. Insular direction of the island or small satellites of Crete. In total, there are over a hundred islets such, most of which are opposite the coast of Lasithi. Some of them have a barren soil  and ore reserve’s wildlife, some have traces of ancient settlements and have great cultural significance. The largest and most populated island of Gavdos is among them.

Gavdos the island of Calypso.

Gavdos is an ancient island of Ogygia, Calypso. If you want to find a reason why Odysseys spend so many years here in the bosom of witches, abandoning the family hearth and Homeland? Take a boat, turn off your cell phone and take a dip in the local atmosphere, forgetting the urban affairs. The island is literally magic. They say that the islands are going strong magnetic fields, according to local residents, the island has cured a lot of Russian nuclear engineers who came here after the accident at the Chernobyl nuclear power plant. On Gavdos you will meet many spiritual people ''cranky'', can enjoy a dip in one of the best beaches in Europe- AI Yiannis, get enough sleep, carefree in the shade matures Cedars and observe a fantastic sunset from the lighthouse (the highest point of the island).

You can rich the island by boat from the town of Ierapetra. Approaching Chrissi, you will see water in all shades of blue, green and blue. And this is only the beginning! Once you can reach the North coast, you can enjoy unforgettable views of the crystal-clear turquoise waters, as in the pictures depicting exotic islands. Sand on the beach of pure white Cedars, which grow to resemble natural sculptures, and the atmosphere of isolation from the outside world will leave pleasant impression. Arriving on the island, strongly recommended to observe the stars in the night sky, away from the annoying lights of the civilization and swim at sunrise, when the sky painted in the color of the rising sun.

Koufonisi is a paradise for the lucky few.

The island is located opposite the town of Makrygialos, and is buried in the sand dunes that lead to beaches with crystal clear waters. The second name of the island Levki (white), in ancient times it was an important centre of processing of ''Purpuran'' and place of harvest of sea sponges.

Archaeologists found on the island of well-preserved ancient theatre, ancient building sand spaces processing Purpura. Unfortunately (or fortunately, for the preservation of pristine beauty) at the island are not daily ferry routes. The only way to get to the island is to negotiate with the local resident who agrees to drive you in this paradise on his boat.