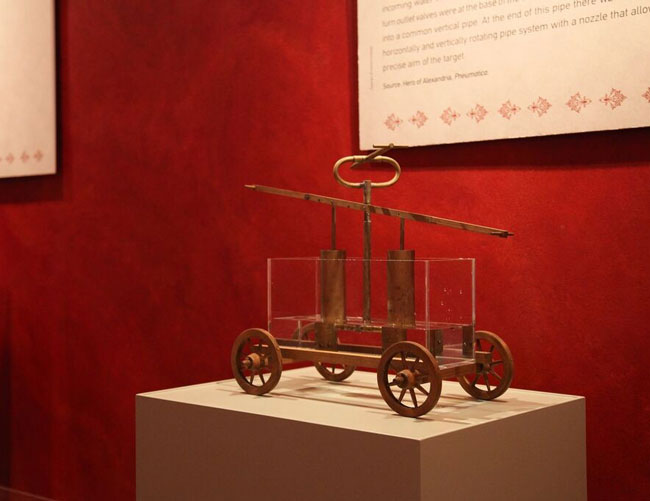 The ancient Greeks were established unique mechanisms that still impressive, being, in fact, technological advances, not worse than those made later a few centuries.

The exhibition presents the amazing exhibits from the Museum of ancient Greek technology, of Kostas Kocanas, acting in Katakolo and ancient Olympia. The exhibits were recreated after years of painstaking research and study ancient Greek, Latin and Arabic literature and archaeological finds.

The aim of the exhibition is to acquaint the general public with this relatively unknown aspect of ancient Greek culture and to demonstrate that the technology of the ancient Greeks shortly before the end of the ancient world was closely associated with the origins of modern technology, becoming, in essence, the "basis" of Western civilization.

Exhibits are accompanied by a rich audio-visual material (in Greek and English), including billboards with information, drawings, photographs and bibliographic references. Many of the exhibits are interactive.

The exhibition also offers a video and animation screenings, explaining how to operate and what were ancient Greek instruments.