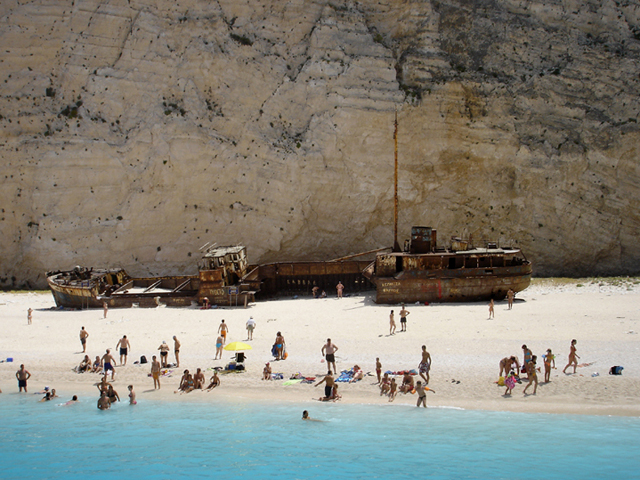 The VAT hike will not have a significant impact on prices of Greek resorts, according to a major assessment of the Italian Agency.

"Greece remains the first tourist destination, especially for young people," says the head of a major Italian tourist company CTs Radio Rai. "Greece, along with Spain, for a period of two years is the primary choice of our clients. I would like to categorically deny the fact that there are any problems with the demand ". He also expressed the view that the VAT increase will not affect significantly the prices of Greek resorts, since there is considerable competition, prices will be maintained at normal low levels ".

In the same transfer of Italian actor Antonio Catania, one of the protagonists was awarded many prizes of the film "Mediterraneo", noted the "exemplary solidarity Greeks all in need as a result of the economic crisis "and head of the Greek National Tourism Organization in Milan Kiriaki Bulasidu confirmed that foreign tourists in Greece can use your card at ATMs without any restrictions.

And, in General, this summer, Greece expects a record number of tourists, the recent publication of the Austrian newspaper "Der Standard" titled "Tourists, despite the crisis, give his voice of Greece ". It is mentioned that tourists who are not frightened by news about the crisis in Greece were very pleasantly surprised that the stores are open, the islands do not know what is the strike and demonstrations, and the locals are also hospitable, as always. On average, more than 400.000000 Austrians visit Greece each year, most of them are tourists who visit the country is far from the first time, while Austria, in proportion to its population (8.5 millions of inhabitants), for many years has been ranked in terms of tourist arrivals to Greece.