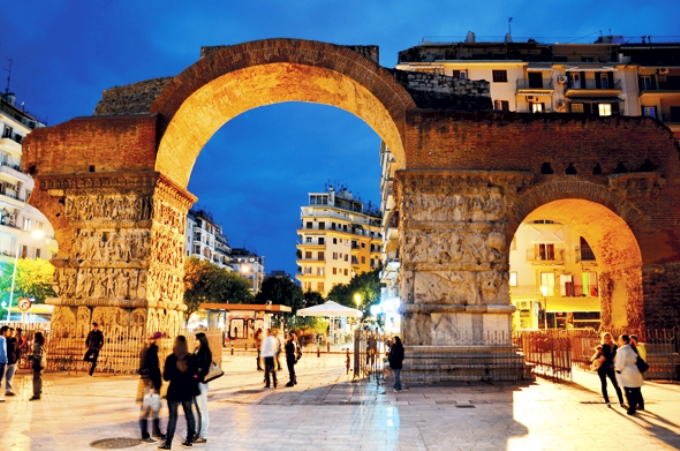 One of the most typical monuments of Thessaloniki is the Arch of Galerius, located on the upper side of the Egnatia highway, a short distance from the Rotunda. (The Rotunda is a spherical building with interior niches, whose destination was devotional).
The Arch is a shining monument, whose destination was not practical but Memorial and honorary. It is a triumphant ending arc was constructed shortly before the 305 m.X to commemorate Roman Emperor Galerius, after the final victory against the Persians.
The triumphal arch of Galerius was mounted vertically in the ancient Egnatia, which ran through the town (West to East) forming part of the complex of Roman Anaktorwn of Galerius, which grew into today's squares Navarinou and Arena.
The layout of the Arch of Thessaloniki was such as to pass beneath it and intersect exactly at the center of the two major roads, the current Egnatia and the route started from the vault and result in the South Gate of the enclosure of the Rotunda.